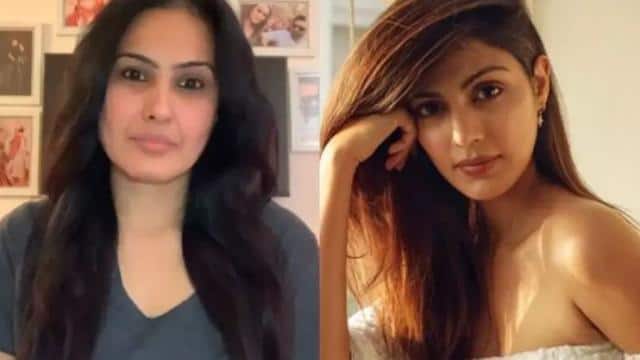 TV actress Kamya is constantly putting her opinion on social media in the Punjabi Sushant Singh Rajput case. Recently, the Supreme Court ruled that the Sushant death case be handed over to the CBI. Since then, many Bollywood celebs on social media supported this decision of the Supreme Court in appreciation. Everyone says that the truth of the actor’s death should be revealed. Now Kamya Punjabi has taken a tweet targeting Riya Chakraborty.

Kamya writes that the woman who was claiming that she loved Sushant Singh Rajput a lot, demanded a CBI inquiry, she too, with folded hands, is lying the same today. I am not following her on any social media nor will I follow her further. Justice is needed for Sushant.

The woman who claims to be in love wit #SSR n requested for #CBIEnquiryForSSR with folded hands n then went against it, i am not following her on any of her social media accounts, never will 🙏🏻 #JusticeForSSR https://t.co/8NsnMht7OM

Shilpa Shetty is happy with the decision of SC in Sushant Singh Rajput case, wrote- I hope the truth comes soon

Study on the decision of SC in Sushant case Suman said – We all have a big day, everyone wants to know what happened?

Earlier, after the Supreme Court’s decision, Kamya wrote that this first defeat of evil, say Ganapati Bappa Morya, will win the truth. Apart from this, Bollywood actress Shilpa Shetty shared the post and wrote that I am happy for the decision taken by the Supreme Court. This is the result of prayers and so many prayers. Hope the truth comes out soon. Let the family, fans and everyone know the truth. May the soul of Sushant rest in peace. Satyamev Jayate, CBI investigation for SSR and Sushant Singh Rajput got justice.

After buying companies like Netmeds, Reliance now competes directly with Amazon and Flipkart