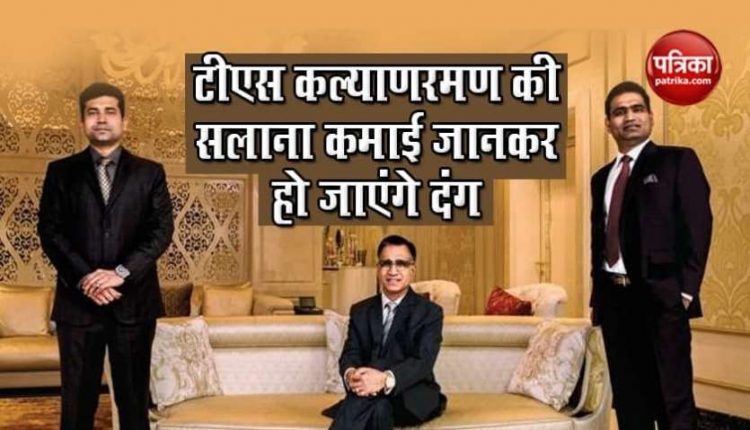 new Delhi. TS Kalyanaraman, chairman and MD of Kalyan Jewelers, who started his work from a small business, is one of the wealthiest in the country today. Kalyanraman opened a jewelery shop in 1993 with a loan of 60 lakhs due to his hard work, since then, due to the gold that this shop has grown, he emerged in the list of the richest people of the country. In today’s time, Kalyan Jewelers has made a distinct identity of its credibility in the whole world in South India itself. It has 107 showrooms across India. Kalyan Jewelers has told in an interview that they are going to bring their IPO in the market soon. It is said about his annual earnings that Kalyan Jewelers’ earnings so far are estimated at $ 2 billion. The first brand to put a price tag

S. Kalyanaraman was the first jeweler to put a price tag on his gold and gem collections to maintain customer confidence. So that any customer is not cheated, but due to the installation of this tag, the remaining businessmen suffered a lot of losses, which has ruined their business. Kalyanraman (T.S. Kalyanaraman) has so much wealth today, due to which his pride is not less than the kings, he has his own jet, while there are many luxurious cars like BMW, Rolls Royce. Kalyanraman has two Embraer Phenom jets and two Bell 427 helicopters. Apart from this, there is also a 13 seater Embraer Legacy 650 aircraft. Kalyanraman’s thinking is quite different, even after having all kinds of facilities, he never stays together with his children. All three of them always work in different directions. Even after staying in a hotel, all three live on different floors. They believe that the livelihood of 25,000 families is associated with us, if ever an accident happens, it will happen to one of them. Due to which the rest of the people will take this company forward. While staying inside R, Kalyanraman also follows his forethought completely. They start the day with yoga and prayer at 6 in the morning. From breakfast to home, the whole family sits together for the day. No one uses a mobile phone at home after coming from office. Kalyanraman has just founded Kalyan Developers. He is the chairman, while his son-in-law is the chief executive and both sons are directors.

Ajay Devgan announces the release date of ‘Maidan’, the film will be knocked in theaters on this day

Dharmesh Yelande told the story of his struggle, he said – I did the work of Poon, the father still runs the tea shop