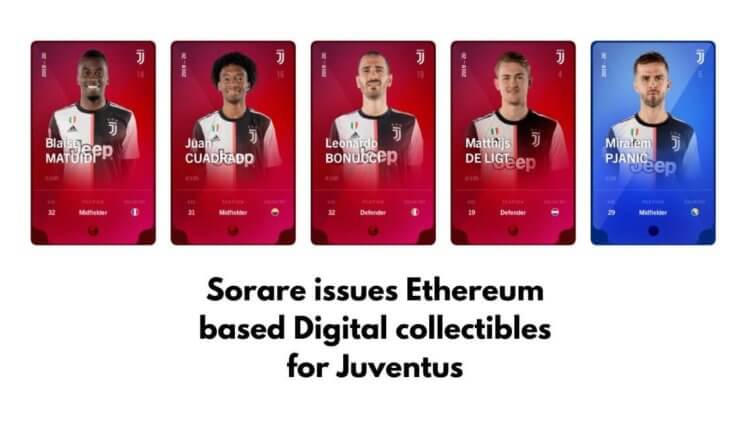 The Italian football club, Juventus, is now launching its unique and rare digital collectibles of the club’s star players such as Cristiano Ronaldo in collaboration with blockchain-based fantasy football startup Sorare.

Sorare, the leading platform to collect and play with officially licensed football Crypto-goods is based in Paris, France is created with Ethereum technology. Nicolas Julia, the Sorare’s chief executive said, “We are very proud to have signed this agreement with such an Italian heavyweight.” “We see this as a new key step in our vision to onboard the best soccer clubs from around the world and bring blockchain-gaming to football fans around the world.”

Other European football clubs including Atletico Madrid, Porto and AS Roma have also joined the digital platform. The digital cards issued through the platform represent non-fungible tokens (NFTs) that are based on Ethereum’s ERC-721 standard. The platform has divided the cards into three categories- unique, super rare, and rare.

The collaboration between Juventus and Sorare has been gaining popularity. However, this is not new that football is entering blockchain space. This is not the first time that a football club associated with the blockchain, in the year 2018, the club also launched a token that allowed its fans to participate in the polls.

Similarly, FC Barcelona also has launched a similar token in association with Socios, Recently, UEFA (Union of European Federal Associations) also announced that it would be utilising the blockchain-based mobile applications to distribute over more than one million tickets of the football matches through the app. These days many sports franchises are turning towards blockchain for the advancement of the sports.