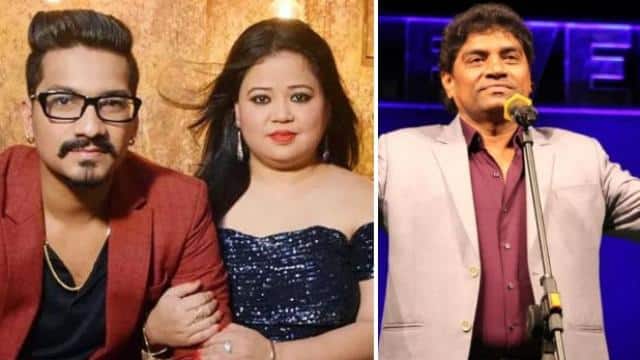 The Narcotics Control Bureau has arrested comedian Bharti Singh and her husband Harsh Limbachiya in a drugs case. Many people in the Indian comedy group have reacted to his arrest. After Raju Srivastava and Sunil Pal, Johnny Lever has advised both to confess the mistake, citing the example of Sanjay Dutt.

Johnny Lever said, “Both should talk to their friends after coming out and advise them not to consume it.” Look at Sanjay Dutt, he confessed his mistake to the world. What is a bigger example than you want? Admit your mistake and pledge to quit drugs. Nobody is going to give you a bouquet of flowers for this. “

Years have passed since Johnny Lever became a part of the industry. Talking about how he gave up his habit of drinking, he said, “Consumption of drugs has been trending, just like the liquor used to be. I was addicted to alcohol, but when I realized that it was harmful to health, then gave up. Alcohol was adversely affecting my talent and creativity. “

EXCLUSIVE: Shubhangi Atre does not want to leave ‘Bhabi Ji Ghar Par Hai’, said this about returning to the show after delivery

According to reports, the ganja has been recovered from the house of Bharti Singh and Harsh Limbachiya, following which both were questioned and then arrested. Both will remain in judicial custody till 4 December. According to the reports, both have confessed that they used to consume cannabis. Both will be heard on bail in the court on Monday morning.