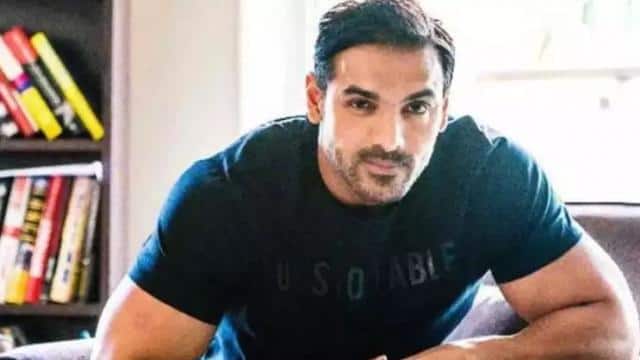 Due to his special style and acting, young choice actor John Abraham got injured during the shooting of film Satyamev Jayate-2 in Varanasi on Thursday. Injured John was taken to Apex Hostel in Sunderpur for treatment.

X-ray of the injured arm was done in APEX. One finger on the right hand has a sprain. He was treated under the supervision of orthopedist Dr. Swaroop. John Satyamev Jayate’s sequel Satyamev Jayate-2 came from Lucknow to Benares on Thursday morning. The fighting scene of the film was being shot in a building on Panchkot Ghat on the banks of the Ganges. In the second half of the first day’s shooting, John Abraham was injured in a fighting sequence. John’s right hand collides with a stone on the door of the ancient building during the filming of the punching scene on the leader’s henchmen. John completed the scene even after the injury. He felt a finger pain before the next scene was ready. Even after this, John completed the first day’s shooting schedule.

Secretly taken to hospital
John was secretly taken to Apex Hospital. Only John was written on the form that was made for his treatment. It was difficult to identify John with a mehendi colored cap jacket and face mask. During the medical examination, when John removed the jacket cap, the medical staff discovered that John Abraham was being treated at his hospital. Prior to John’s arrival at the hospital, only Dr. Swaroop.

John will stay in Benares till 30
John came to Varanasi after completing shooting for Satyamev Jayate-2 in Lucknow. He will be in Banaras till December 30 to shoot the film. During this time film scenes will be shot in Chet Singh Ghat, Assi Ghat and Sarnath area. Satyamev Jayate-2 is an action film, directed by Milap Zaveri. The producers are Bhushan Kumar and Nikhil Advani. John Abraham and Divya Khosla are playing the lead characters of the film. It is the sequel to the successful 2018 Satyamev Jayate. The shooting of the film, based on a story focused on the fight against injustice and abuse of power, began in September 2019. The shooting of the film was going on in Lucknow from October 20. The film is set to release in theaters on 12 May 2021 during Eid.