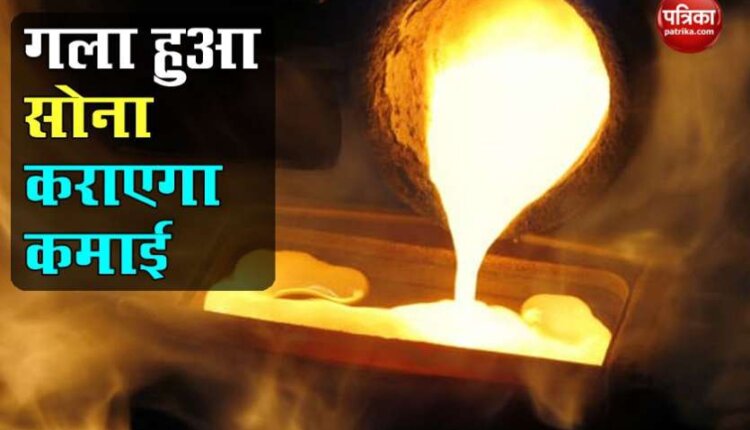 new Delhi. Jewelery Demand has also reduced significantly during the Coronavirus Era era. This can be gauged from the decline of Gold Import Decline in the current financial year. What should jewelers do in such a situation? Jewelers stock is not running out. In such a situation, Melting New Jewelery is being melted along with old jewelry to compensate for its loss. So that the Gold Jewelery Making Charges can be reduced. Also, plans are being made to earn from the remaining scrap.

Stock of scrap melting has increased
According to Chirag Sheth, Principal Consultant for South Asia at Metal Focus, currently two types of scraps have started coming in for melting. Till now, only old jewelery was going into scrap, but now many jewelers have started melting fresh jewelery stock as well. This figure will increase to 140 tonnes in 2020 as compared to 119 tonnes last year. He said that such melting is also being institutionalized so that the scrap will now go directly to the refineries. Previously, it was melted in nearby shops or centers.

Found time to review
ORRA managing director Dipu Mehta said that during the Kovid lockdown they have also got full time to review their strategy and review the new demand after the post Kovid. The way they rationalize the increased inventory is not new.

Could not do extra inventories
Many large chain stores were already operating on low inventories in single stores, but made arrangements from other outlets when a design was available from their own outlets. However, small and standalone stores that had no such option were keeping higher inventories wherever possible to retain customers. These types of stores, which could not afford much jewelery, are now melting the extra inventory of jewelery.