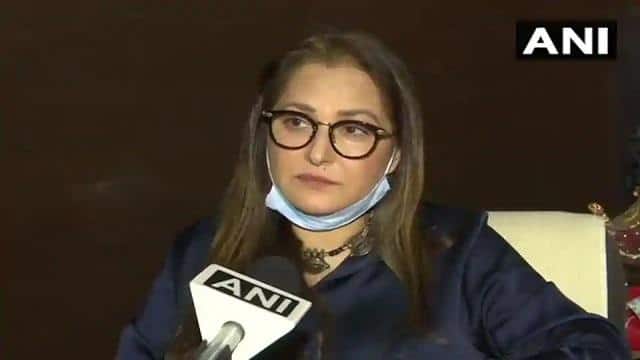 Actress-turned-politician Jai Prada has targeted Samajwadi Party MP Jaya Bachchan after receiving praise from several Bollywood celebrities on her speech in Lok Sabha. Defending Bollywood from the constant attacks, Jaya Bachchan said in Parliament on Tuesday that due to some people, the image of the industry is being tarnished. A day after raising the problem of drugs in Bollywood from Bhojpuri actor-turned-BJP MP Ravi Kishan, Jaya Bachchan said “holes in the plate we eat.”

read this also: Jaya Bachchan spoke without naming Kangana and Ravi Kishan in the Rajya Sabha – some people speaking the gutter to the Bollywood from whom they earned the name

On Monday, Ravi Kishan raised the issue of drugs in the Lok Sabha. He had said that drugs have made inroads in our film industry. Ravi Kishan had claimed that drug smuggling is being done from Pakistan and China and it is a conspiracy to ruin the young generation of the country.

Jaya Bachchan termed it a “maneuver” to divert attention from big issues like economy and unemployment. Jaya Bachchan said, “I think the government must stand with the entertainment industry because whenever the government has done a good job, this industry has always come forward to help.”

Jaya said, “I completely disagree with such things. I hope the government will not ask such people to use such language. Just because of some people you will not tarnish the image of the entire industry.” Can. ” Without naming Gorakhpur MP Ravi Kishan, he said, “I am ashamed that yesterday one of our members in the Lok Sabha, who is from the film industry, spoke against it. It is shameful. The plate in which we eat, holes in that Do. The wrong thing. “