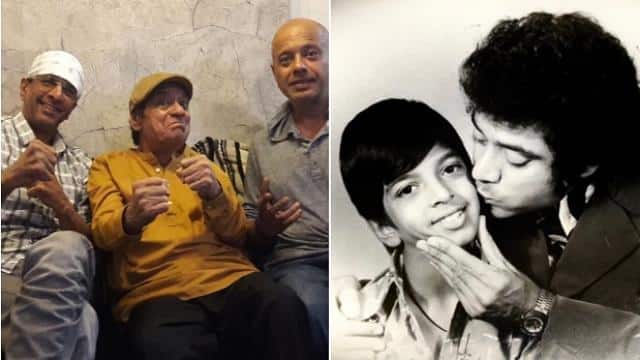 It has been more than 1 week since the demise of Bollywood’s famous comedian and actor Jagdeep. Jagdeep’s son Javed Jaffrey shared his photo with his father and brother Naved. Along with sharing this photo, he wrote, Heartbroken feeling while sharing these photos.

Earlier, Javed had said after performing the last rites of the father, ‘Many people have sent messages to us but we cannot reply to every person. Whoever is watching this, we thank you for your love and prayers. Our father spent 70 years in the film industry and received a lot of love and respect and as we can see that love is on display today ‘.

He also spoke to a media photographer. Javed had asked everyone’s well-being and said, ‘Sorry, there was a delay in getting the situation from you guys. Did you all drink tea? Very much Shukia of all of you ‘. This behavior of Javed was highly praised by all.

Let me tell you that Jagdeep started his career as a child artist. After this he acted in many films. He acted in about 400 films. These include ‘Toy’, ‘Brahmachari’, ‘Purana Mandir’, ‘Andaz Apna Apna’, ‘Phool Aur Kaante’.