Javed Akhtar filed a statement against Kangana Ranaut in the Magistrate Court, said – the image created in 25 years is tarnished 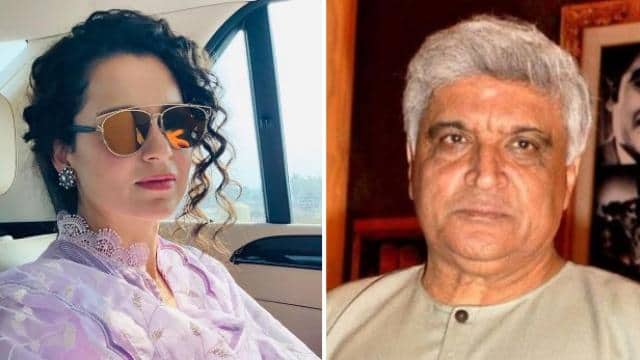 Lyricist Javed Akhtar recorded his statement in Andheri’s Metropolitan Magistrate Court on Thursday in a defamation case against actress Kangana Ranaut. Javed Akhtar has sued Kangana for her comments made during an interview. As part of the process of verification of the complaint, the magistrate recorded the statement of Javed Akhtar. Javed Akhtar had filed a defamation suit last month. After verification, the court will now hear the case of his lawyer Niranjan Mundargi for filing a complaint. If the complaint is accepted, then notice will be issued by the court to Kangana Ranaut under defamation case.

Akhtar said he has objected to Ranaut’s statement that he is part of the Suicide gang and threatened that if she does not withdraw the case against Hrithik, then she will have no choice but to commit suicide. Javed Akhtar said that due to Kangana Ranaut’s remarks, she has received various messages and calls, in which she has been threatened. Apart from this, he was also trolled on social media. Javed Akhtar said that Kangana’s comments have hurt her reputation.

After the death of actor Sushant Singh Rajput, Kangana Ranaut attacked a section of the film industry. In the same sequence, he also targeted Javed Akhtar. During this time, the film industry was split. On one hand, all the stalwarts from Jaya Prada to Javed Akhtar were against Kangana and there were many actors and directors who supported the actress.