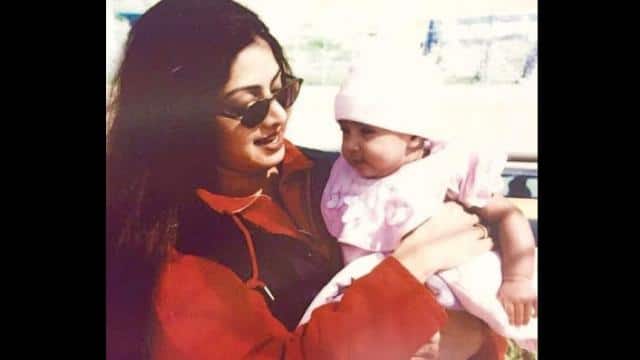 Actress Jahnavi Kapoor is missing her mother Sridevi. She often shares her photos remembering him. This time he has shared a cute picture of mother Sridevi and father Boney Kapoor. In the photo, Sridevi and Bonnie are standing by the sea by hugging each other.

Let me tell you, Sridevi died in February 2018. Since then, Jahnavi keeps sharing photos with her mother. Also in August, sharing a black and white photo, he wrote, “I love you mamma”.

Sharing another picture of such childhood, he wrote: “Miss you rose.” On Mother’s Day, Jahnavi shared her photo with mother Sridevi. Jahnavi wrote, “Listen to him, give him all the love in the world. Happy Mother’s Day.”

Even before this, he shared a video with Sridevi. Told the fans what they had learned and felt at home due to the lockdown. In the video, Jahnavi had added some old clips which recount stories of time spent with the late mother Sridevi, Boney Kapoor, brother Arjun Kapoor and sister Khushi Kapoor. Along with this, Jahnavi was also seen doing many fun things like dancing while cooking and jumping on the couch.

Jahnavi Kapoor recently appeared in the Netflix film Gunjan Saxena: The Kargil Girl. Jahnavi played Gunjan in the film. The film is about the first Indian female pilot. Jahnavi will now be seen in Karan Johar’s film Takht. Along with this, she will be seen opposite Rajkummar Rao in Ruhafza and in Dostana-2 with Karthik Aryan.

Rules related to LPG Gas are going to change from November 1, Home delivery of cylinders will not happen without OTP