Jacqueline Fernandes is struggling with angst, made a shocking disclosure by sharing the post 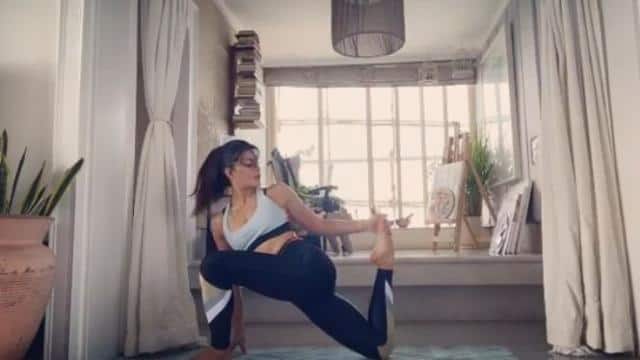 Jacqueline Fernandes writes that I have been struggling with anxiety for a few weeks. However, how can you feel the moments of the present, what is required for us to be happy, all the things that yoga has taught me. Many things are important to live life and to live in it. Have a nice day everyone, Namaste.

Taapsee Pannu reacts to Vikas Dubey encounter, said- Wow, we did not expect this

In the video, Jacqueline Fernandes is seen doing several poses of yoga. Let me tell you that Jacqueline Fernandes had earlier shared a dance video in which she was seen dancing to the song ‘Hungama Ho Gaya’. This dance video of Jacqueline got more than four and a half lakh views in three hours. Fans liked this video very much. Talking about the work front, Jacqueline’s recent video song ‘Genda Phool’ was released. She was seen alongside singer-rapper Badshah. Apart from this, Jacqueline’s Netflix film Mrs. Serial Killer was also released sometime back. His work was well-liked in this.

Link your driving license from home to Aadhar Card, know the easy way