IT department forced in front of shortcomings of new portal, fill tax form by hand to send money abroad 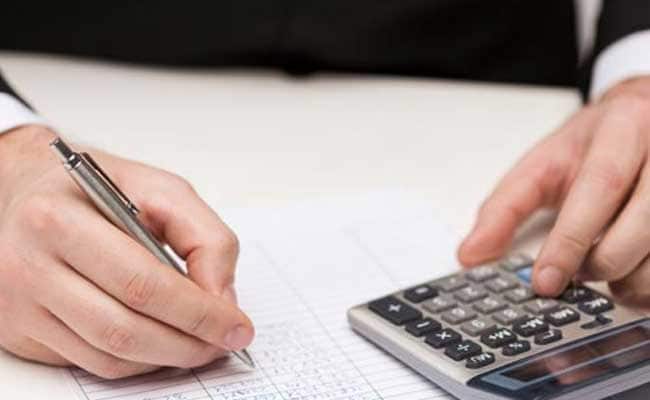 The new portal www.incometax.gov.in was launched on 7th June. The Income Tax Department and the government said that its objective is to make compliance more easy for taxpayers. Complaints about technical problems in the work on the portal started coming from the very first day itself. Complaints persist even after a week. According to Chartered Accountants, taxpayers are not able to view their e-filed returns last time. Many features have not started yet. It is being written on it that ‘Coming Soon’ means it will start soon.

Later the forms will be downloaded on the portal

In a statement, the Income Tax Department said, “In view of the problems faced by the taxpayers in filling up the Income Tax Form 15CA/15CB on the portal, it has been decided that the taxpayers can submit these forms in ‘manual’ format to the authorized dealers by June 30 I can fill in.’ The Income Tax Department has also advised that authorized dealers will accept these forms till June 30, 2021 for remittances abroad. “Facility for uploading these forms for the purpose of generation of Document Identification Number will be provided later,” the statement said.

Update your income tax profile on the new ITR e-filing portal, this is the easy way

For sending money abroad, any person needs to submit Form 15CA ‘Online’ Form/Declaration Form. They have to give information about the nature of the transaction and the income tax deducted on the amount being remitted. In some cases, Form 15CA requires a Chartered Accountant’s certificate which is given through Form 15CB. Nangia & Co. LLP partner Shailesh Kumar said that due to closure of old e-filing portal on 31st May, 2021 and technical glitches in new portal, filling 15CA and 15CB forms ‘online’ has not been possible till now.

“This has created problems for companies that need to place orders or obtain licenses or make payments in other countries to meet commercial constraints,” he said. “Banks are not allowing to send money abroad in the absence of Form 15CA/15CB. Due to this the deals of many companies have come to a standstill. Kumar said that realizing the difficulties faced by the companies, the government has issued this circular and has allowed manual filling of Form 15CA/15CB so that the transaction continues even after technical glitches at the new e-filing port.

Nirmala Sitharaman herself had tweeted to Nandan Nilekani

Finance Minister Nirmala Sitharaman had asked IT company Infosys and its chairman Nandan Nilekani, which created the portal itself, to plug technical glitches in the new e-filing website of the Income Tax Department. On the very second day of the portal’s launch, a large number of users on Sitharaman’s Twitter timeline had complained about the portal not working properly. After that the Finance Minister tweeted and asked Infosys and its chairman to solve the problems. Responding to Sitharaman’s tweet, Nilekani had said that Infosys is resolving technical issues.

Infosys was awarded the contract in 2019 to develop the next generation income tax filing system. The aim is to reduce the time taken for processing of returns from 63 days to one day and speed up the refund process. Kumar said that with the problems being faced in ‘logging in’ to the portal, the important features are yet to be rolled out. For example, ‘E-Proceeding’ tab is getting a message of ‘Start soon’. This is raising concerns regarding orders among taxpayers and tax professionals. Orders are being passed and adequate opportunity is not being given to present your side in the matter as there is a problem in compliance of the notice.

“Taxpayers may have to face punishment for reasons which are not within their control. Also, taxpayers are facing a major challenge to remit money abroad as they are unable to issue Form 15CA/CB. These problems persist even after seven days of the launch of the portal, Kumar said. These are not minor glitches and need immediate attention and resolution.

Users are facing many problems since the beginning of the portal

AMRG & Associates Senior Partner Rajat Mohan said the common issues being faced by the portal since last week are 10-15 minutes time taken to ‘log in’, problem in filing response to assessment notices, The data related to filing are not visible on the portal and the e-processing system is not fully operational.

Mohan said, “There is a need to address the problems of the new income tax portal at the earliest. Taxpayers and tax professionals are facing problems due to technical glitches. Arti Raut, Partner, Deloitte India said that the new income tax portal has raised hopes for all. He said that the benefit of the new portal will be visible only when the technical flaws are removed. Dhruv Advisors LLP partner Sandeep Bhalla also said that the website seems to be user friendly but it is running very slow.