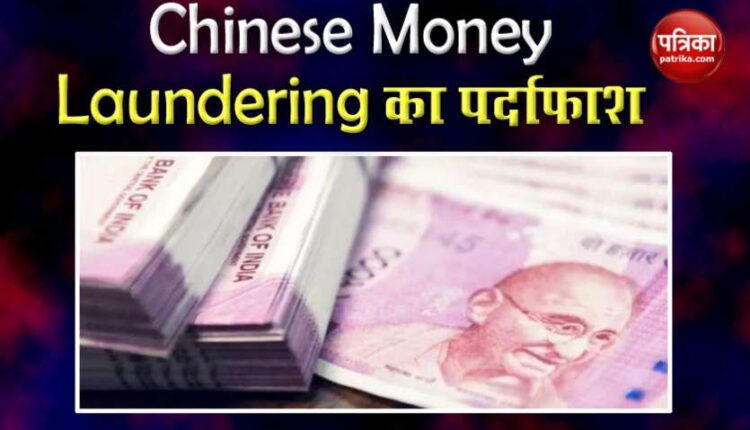 new Delhi. On Tuesday evening, the Income Tax Department raided the houses of Chinese citizens, their Indian partners and some bank officials in the country and exposed the case of money laundering of about one thousand crore rupees. According to the information, about 40 dummy bank accounts were opened in the country. One thousand crore rupees have been credited. According to the information given by the department, the Chinese were doing money laundering and hawala transactions in India.

IT raid on many places
The Income Tax Department received a Gupta notification of money laundering, after which the action was taken by the department to inking anyone. They raided the houses of Chinese citizens and raided the targets of their Indian partners and bank employees. According to experts, this is a big nexus which was doing hawala business on the basis of fake companies.

Also read: After the accident, Air India Express will get about Rs 373 crore from the insurance company

This is how money laundering was executed
According to the information, during the raids, the Income Tax Department got information that 40 bank accounts were opened in the name of fake companies only at the behest of the Chinese. 1000 crores of which were credited. According to the information, subsidiaries of Chinese companies and related people took an advance of 100 crore rupees in the name of fake business in India through shell companies. According to the investigation after which the rupees were quoted from these rupees. The work in which the help of bank employees and chartered accountants was taken.

Also read: Supreme Court’s big decision, in any case, daughter will get half right on Paternal Property

Hawalkan connection of hawala business
At the same time, Hong Kong connection has also come out in the investigation of Income Tax Department. According to the investigation, transactions have emerged in US dollar and Hong Kong in hawala business. All aspects are currently being seriously investigated by the department. According to experts, the names of many big people can also come up in this matter.

Gold and silver became expensive after being cheap for two weeks, know how much…