Ishaan Khattar on romance with Tabu in A Suitable Boy, said – It was not tough at all 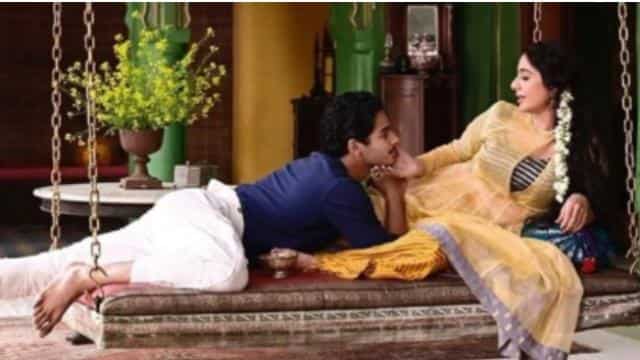 Actor Ishaan Khattar is excited about sharing the screen with Tabu. Actually, Ishaan and Tabu are going to be seen in Mira Nair’s limited series A Suitable Boy. The audience is excited to see the romance between the two. In such a situation, Ishaan Khattar has talked about romance with Tabu. Let us tell you that Ishaan will be seen playing the role of Man Kapoor, who belongs to a well-known family, and is drawn to Saida Bai’s (Tabu) ‘s seductive actions.

Bollywood Hungama asked Ishaan that if it was difficult for you to romance onscreen with Tabu, what would he do? Ishaan said that I always choose to do something challenging. I also like it. I want to do something that I can learn from and that helps me to advance in my career. In such a situation, when I came to play this role, to play an actress who is my favorite actress of cinema, I immediately said yes. This role challenged me and instead of being nervous, this character excited me.

Ishaan further says that when I was reading the script with Tabu and Meera, I had decided that I would do this role. The script was excellent. I got it right I felt that this is what I had to do. At that time, I saw the same energy among the three of us. And see, how happy I am that I am getting an opportunity to work with an actress like Tabu at this age, which my people do not get.

Let us tell you that ‘A Suitable Boy’ is based on Vikram Seth’s best selling novel. Tabu and Meera will work together after 14 years through this series. Both of them worked together in ‘The Namesake’ in 2006.

The country shook with this picture, but DM Sahab said – No big deal, we used to do this as a child too.

LIVE: Finance Minister Sitharaman’s second press conference on the 20 lakh crore package in a while