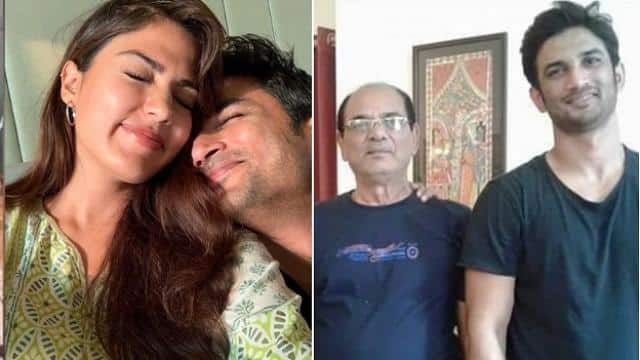 Sushant Singh Rajput’s father KK Singh has lodged an FIR against actress Riya Chakraborty in the son’s suicide case at Rajivnagar police station in Patna. The FIR states that Riya Chakraborty brought her to Mumbai to get Sushant treated. Medicines were given. At that time Riya told everyone that she had dengue while Sushant had never had dengue. Riya and her family captured everything. Sushant’s talk with the family also started diminishing. Even Sushant’s phone was kept by Riya’s family.

According to the FIR, ‘Sushant was completely normal before meeting Riya in 2019, then what changed so that he became a mental patient within a few months of meeting Riya? If he was mentally disturbed or undergoing any mental treatment, then why was no written or verbal permission obtained from the family in this regard, when a person is mentally ill, all his rights remain with his family.

According to KK Singh’s FIR, Sushant wanted to leave films and go to Kerala and go there to do organic farming, but Riya did not want to and he threatened the actor that if she did not listen, she would give his medical report to the media and Sushant will say that he is crazy. When Sushant did not listen, Riya went to Sushant’s house with several things like cash, jewelery, credit cards and deleted Sushant’s number.

Sushant’s father also alleged that in the year 2019, Sushant had Rs 17 crore in his account but in the next few months Rs 15 crore was withdrawn from his account. These money were sent to accounts that had nothing to do with Sushant. It should be investigated how much money has come in the account of Riya and her family and where.