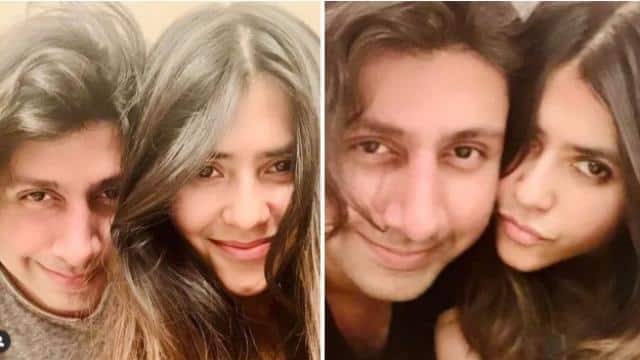 Ekta Kapoor was silent about her relationship for a long time. After brother Tusshar Kapoor, Ekta Kapoor welcomed son Ravi from serogacy in the year 2019. Ekta Kapoor remains very active on social media. She shares photos with her son and surprises the fans. Recently, Ekta Kapoor has surprised fans by sharing a post.

Ekta Kapoor has posted a selfie with friend Tanveer Buchwala. Wrote in the caption, “And we just got here. I will tell you all soon. ” Celebs and friends from the industry are discussing about Ekta Kapoor’s photo. Apart from the fans, Tanveer has also commented on this photo. Tanveer writes, “It is time to convert friendship into kinship”.

One fan wrote, “Now are you getting married too? All these will not be seen by me. ” Another user wrote, “Well, we all knew, maybe this is your partner only then you are writing like this.”

Let me tell you that Tanveer Bookwala is the author and also the founder of Ding Entertainment. Many photos have also been posted on Tanveer’s social media with Ekta Kapoor. Many times the caption written with the photo has pointed to Tanveer being in a relationship with Ekta.

#BanAashramWebseries trended on Twitter, know why people are protesting

LPG cylinder prices increased for the second time in a month, know what will be the new price