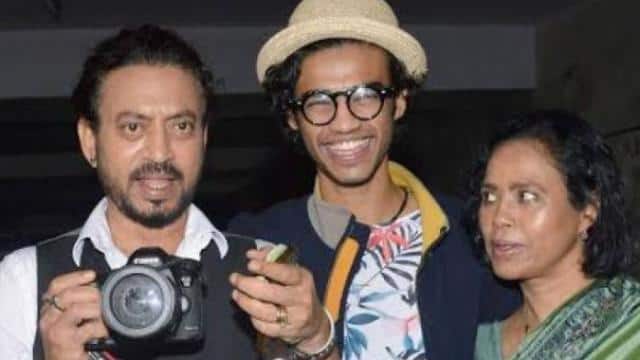 The real face of the Bollywood industry is coming to light after the death of Bollywood actor Sushant Singh Rajput. Everyone is openly talking about nepotism, favoriteism, discrimination in the industry and what is given more attention in it. Celebs are sharing their opinions through social media posts. Since the death of Irfan, his son Babil has often shared many things about his father on social media. Recently he has shared another powerful post after the debate of nepotism. In it, he has told that Irfan kept raising his voice on some of the things shown in the cinema. And finally lost. Along with this, Babil also shared two photos.

While sharing the photo, Babil wrote that do you know what was the most important thing my father taught me as a cinema student? With this, Babil wrote about Kalki Kakalan that I felt strange when Kalki was trolled for looking like a boy when she cut her hair. In the same way, now people have made Sushant’s death a political issue. I hope there will be a change soon.

Earlier, Babil wrote in a post to question Nepotism but it is not right to make Sushant Singh Rajput’s suicide a reason. Stand up for right. If you want to stand against nepotism, stand up. You people should stop investing things yourself because by doing this you are hurting Sushant’s family.

‘Bhabiji Ghar Par Hai’ fame Soumya Tandon in trouble, is she taking a break from the show? Reason revealed