IRCTC’s share price fell by 29% due to this one move of the Ministry of Railways, the decision had to be withdrawn 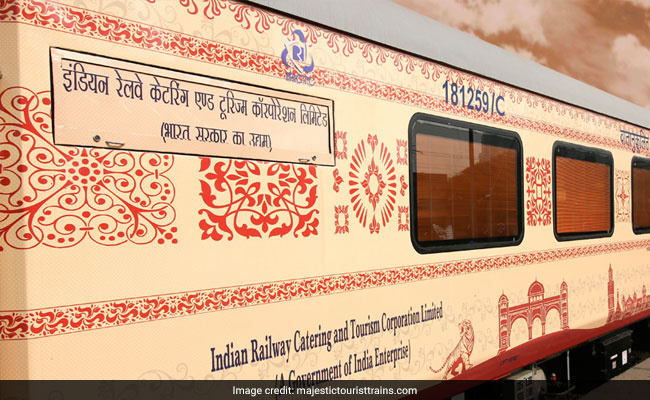 Ministry of Railways A demand of government partner company of catering, tourism and ticketing IRCTC (Indian Railways Catering and Tourism Corporation) brought a big fall in the shares. However, after seeing such a fall, the news came that the ministry has withdrawn its demand. IRCTC shares had fallen 29% in early trade on Friday and reached intraday low i.e. the lowest level of the day with a price of Rs 650.10 per share. In fact, IRCTC had informed the stock exchanges on Thursday that the Ministry of Railways has asked the company to share half of the profit from the convenience fee with it.

IRCTC had said in an exchange filing on Thursday evening that the Railway Ministry has asked it to share the revenue received on its conveyance fee in the ratio of 50:50 with effect from November 1.

Ministry of Railways has decided to withdraw the decision on IRCTC convenience fee pic.twitter.com/HXIRLxXTlL

read this also: Railway has come up with a solution for those who eat paan-gutkha! Now instead of train or platform, spit in the pouch, this is the plan

In the last trading session, split trading of IRCTC shares was started, after which its shares had gained 20 percent on Thursday. The company’s shares got split in the ratio 1:5. The split was announced by the IRCTC board on August 12. It was also approved by the Railway Ministry. Stock split process took two months

From ticket booking to food, catering, staying facility etc., the government company IRCTC runs an umbrella rule in the railways.

Video: Railway is earning lakhs of rupees due to garbage disposal, the contract is for 5 years with a private company

This businessman of the country donated 27 crores every day during the Corona period, Mukesh Ambani at number 5

Gold Price Today: Right opportunity to buy gold before Diwali, there has been a big drop in prices, see the rate