IPL 2020 SRH vs RCB: RCB start with a win, this is the reaction of Anushka Sharma, wife of captain Virat Kohli 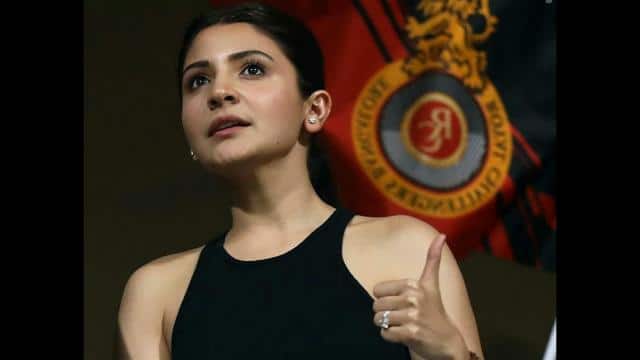 Royal Challengers Bangalore (RCB) defeated Sunrisers Hyderabad (SRH) by 10 runs in the third match of the 13th season of the Indian Premier League (IPL). The win is crucial for RCB, which was last in the points table last season, as it will see Virat & Co.’s morale boost in the coming matches as well. The RCB team, captained by Virat Kohli, won just five of the 14 matches last season at the end of the league round. On this victory of RCB, Virat’s wife and Bollywood actress Anushka Sharma shared her reaction through Instagram story.

Padikkal did something that even Virat could not do for RCB

Anushka shared a photo of the celebrations of Virat Kohli and Yuzvendra Chahal, writing, ‘Winning Start, RCB!’ Anushka is currently in Dubai with Virat. Anushka and Virat are going to be parents in January. After reaching Dubai for the IPL, Virat and Anushka shared this good news with fans via social media. The victory was chalked up by RCB, who took three wickets for just 18 runs in 4 overs.

SRH won the toss and captain David Warner decided to bowl first. RCB scored 163 for five in 20 overs thanks to the half-century of Devdutt Padiikkal and AB de Villiers, in response SRH were all out for 153 in 19.4 overs. Apart from Chahal, Shivam Dubey and Navdeep Saini took two wickets each. With this win RCB reached the top of the point table with +0.500 net runrate and two points.