Invest in Share Market with Paytm Money, you will get information of every moment of the market 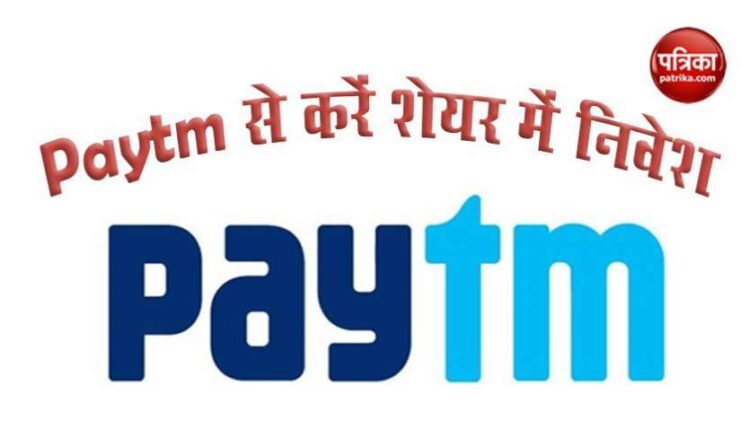 new Delhi : Wallet company Paytm Money launched 2 big features this week. One is the CIBIL score checking facility and the other is for those who are interested in the stock market. Actually, now you can invest in the share market through Paytm.

Paytm ( Paytm m) already has a mutual fund and National Pension Scheme (NPS) in its portfolio. Currently, only Android users can access the stock trading option, but it will be launched for ios users very soon.

You may know that even though Paytm has now launched this facility, the company got permission from SEBI in December last year to start the Stock Trading Service.

How much will you have to pay? This facility is not free, but a fee of Rs 300 for opening an account on Paytm Money and Rs 200 for Digital KYC.

‘After the ‘One Nation One Ration Card’, now Modi government going to bring health card, may be announced on Independence Day

The entire process from opening an account on Paytm money to KYC is paperless. It has the facility of digital KYC. With this, the entire process takes only 24 hours. Customers can set a price alert on this, as well as create multiple watchlists to track real-time prize changes of up to 50 stocks.

Cibil score checking facility Paytm has launched a new feature for its users. With this, users will now be able to check CIBIL Score on Paytm. Users can see their credit report in detail. Credit reports for active credit cards and loan accounts can now be viewed on the Paytm app itself. Apart from this, users will also get the facility to compare credit ratings on their own and city, state or national level. This entire process can be completed in just three steps and it will take less than 1 minute. The special thing is that users will not have to pay anything for this facility.

Farmers will be cultivated with the new APP, there will be direct access to the market, know what will be the benefit