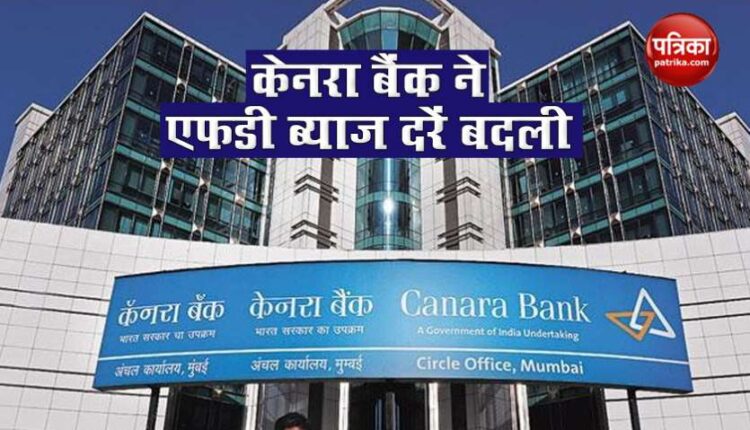 new Delhi. Important news for Canara Bank customers. While the bank has changed the interest rates of the Fixed Deposit (Canara Bank FD Interest Rate), on the other hand, the bank has tried to give relief in the loans of all by dropping the MCLR rates. Recently the bank has released quarterly results, in which the bank has benefited. Let us tell you that Syndicate Bank has also been merged with this bank.

Also read: There is a great opportunity to earn millions in Honey Business, Modi government is helping

Reduced loan interest rates
Canara Bank has reduced the interest rates by cutting the marginal cost of fund based lending rates by up to 0.30 per cent for various loan periods. These new rates have come into effect from 7 August. According to the bank, the MCLR has been reduced by 0.2 per cent to 7-7 per cent on loans for a period of overnight and one month. The loan for three months has been reduced to 7.15 percent. At the same time, 7.40 percent interest rate has been made on 6 months loan. Interest will be charged at the rate of 7.45 per cent on loans for more than one year.

Bank profits
First quarter results were also released by the bank. The bank’s net profit on a standalone basis rose 23.5 per cent to Rs 406.24 crore in the April-June quarter. The bank had a net profit of Rs 329.07 crore in the same period a year ago. Let us tell you that Syndicate Bank has been merged with Canara Bank. The merger came into effect from April 1, 2020.