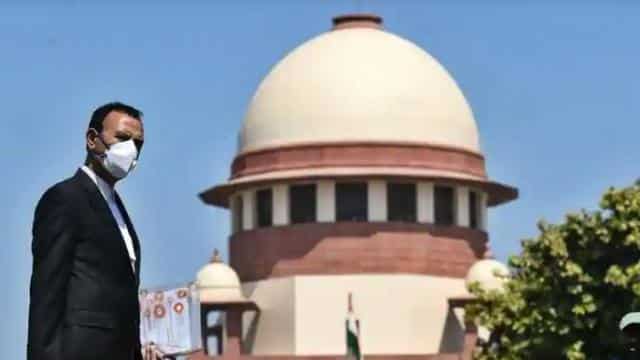 The Supreme Court on Friday asked the officials of the Union Finance Ministry and the Reserve Bank of India (RBI) to convene a joint meeting within three months to decide whether interest on EMIs would be paid by banks during the six-month period till August 31. Can be charged or not. The Supreme Court then adjourned the hearing till Wednesday.

Also read: Credit card EMI postpone loss deal, it is better not to take moratorium, interest is charged up to 48% on arrears

The Supreme Court on Friday asked the Reserve Bank of India (RBI) in the case of levy of interest on the loan during EMI of the loan during the lockdown, whether interest can also be granted? The court has asked the Finance Ministry and the Reserve Bank of India officials to meet within three days to decide whether deferment of interest can be granted along with the deferment on EMI till 31 August.

Also read: RBI does not have to give EMI, home loan, personal loan, vehicle loan EMI to people till August 31

During this time, the Supreme Court made it clear that it is talking not to forgive interest but to postpone it. The court said that the Solicitor General Tushar Mehta should arrange a meeting between the Finance Ministry and the RBI. The next hearing in the case is scheduled on June 17. In the last hearing, the court said that the economic aspect is not more than the health of the people. These are not normal times. On one hand, EMI is being deferred, but nothing in interest. This is more harmful.

Hansika Motwani broke silence on marriage rumors, said- who is she