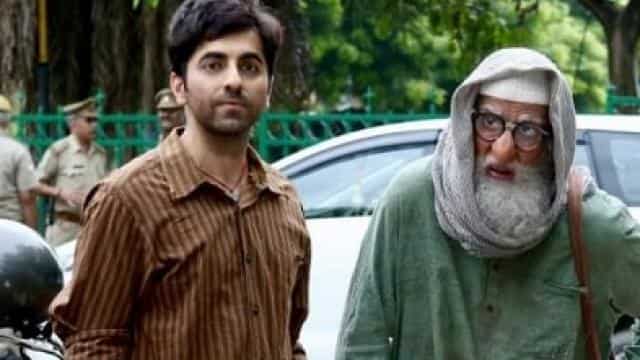 There are lockdowns due to Corona virus in the country. In such a situation, due to the closure of theaters, it was decided to release the film Gulabo Sitabho on Amazon Prime Video. After this announcement, INOX Multiplex has expressed its displeasure by writing a post on social media.

Ayushman Khurana and Amitabh Bachchan’s ‘Gulabo Sitabo’ will be released on June 12 on Amazon Prime Video, but before that INOX Multiplex has released a statement naming the film to which they have reacted.

Ekta Kapoor is upset with son Ravi’s big hair, said – when will you cut your hair, shared a funny video

STATEMENT BY INOX ON PRODUCTION HOUSE’S ANNOUNCEMENT TO RELEASE THEIR MOVIE ON AN OTT PLATFORM BY SKIPPING THE THEATRICAL RUN pic.twitter.com/NfqoYV2QRx

INOX Multiplex wrote in a Twitter statement, ‘On May 14, INOX condemns the decision by a production house to release its film on the OTT platform. It is disheartening to release films directly on OTT rather than theaters. Theaters and content creators have always worked together in partnership. ‘

He further wrote that where the work of one gets the other to earn money. But it is very disappointing to see that our partners are not at all interested in seeing mutual benefit in this difficult time. While this time is going to run shoulder to shoulder. Inox appeals to all content creators to preserve films for release on theaters. He said stay with us and help us in maintaining the old process of buying tickets through the window.

4000 crore will be spent on herbal farming, corridor of medicinal plants to be built along Ganga: Finance Minister