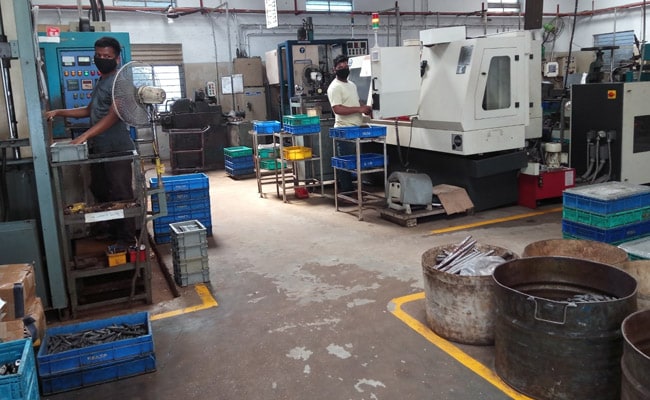 Manufacturing, mining and power generation are less in production in August Industrial Production (Industrial production) declined by 8 percent. This information has been revealed in the government data released on Monday. According to these figures based on the Index of Industrial Production (IIP), manufacturing sector production declined by 8.6 percent in August 2020 as compared to a year earlier, while 9.8 in Mining and Mining and Power sector production. There has been a decline of 1.8 percent in IIP. A year ago in August, IIP registered a decline of 1.4 percent.

India may lose 40 billion US dollars due to school closure due to Kovid-19: World Bank

A statement issued by the Ministry of Statistics and Program Implementation said, “It will not be appropriate to compare the data for the month after the outbreak of the Kovid-19 epidemic with the performance of the month before the outbreak of this epidemic.” Is, “After the gradual relaxation of restrictions, economic activities have also improved accordingly.” This improvement has come at different levels and in the reporting of data as well. “With the release of August data of the IIP, the May IIP figures have been revised downward from 33.9 percent to 33.4 percent. At the same time, there is no change in the IIP decline of 15.8 percent in June 2020.

Retail inflation rose to 7.34 percent in September, from 6.69 percent in August

With the spread of Covid-19 Pandemic in the country, the government imposed a nationwide lockdown on 25 March 2020. After this, economic activities such as the two months had come to a standstill. That is why in April 2020, IIP registered a big decline of 57.3 percent. During this period, all industrial and commercial establishments remained closed except for essential activities. According to the latest data, the manufacturing sector, which contributed 77.63 percent to the IIP, declined by 8.6 percent in August 2020. A year ago, there was a decline of 1.7 percent in this sector. At the same time, the production of mining sector has declined by 9.8 percent during this period. Electricity generation dropped by 1.8 percent from 0.9 percent a year ago. Production of capital goods declined by 15.4 percent during this period, compared to a drop of 20.9 percent in August a year ago. There has also been a decline of 10.3 percent in the production of durable consumer goods. Production of non-durable consumer goods also declined by 3.3 percent. According to the data, if we talk about the index of industrial production for the five months of April to August this year, it has fallen by 25 percent. Whereas in these five months a year ago, there was an increase of two and a half percent in it.

‘Thali’ demonstration of students against unemployment

Amitabh Bachchan could not come out to meet fans on 78th birthday, apologized