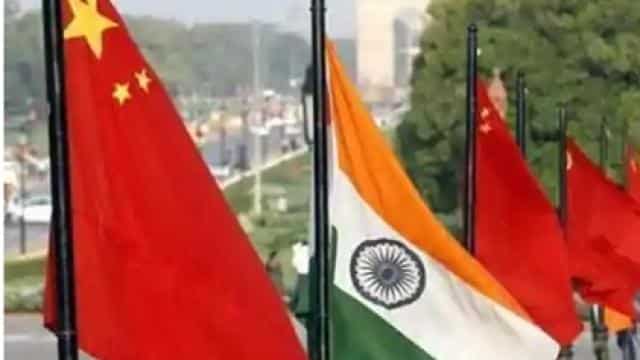 Since 1980, India’s trade with countries of South Asia has been stuck at less than 4 percent of the world, while China has increased by 546 percent in this region. China’s trade in 2005 was $ 8 billion and in 2018 it reached $ 52 billion. The study released by Brookings India on Tuesday said that South Asia is one of the least economically integrated regions of the world. The region’s global trade participation is less than 5% due to protectionist policies, high costs, lack of political will and a widespread lack of trust. That is, intra-regional trade is less than its capacity.

India’s largest export market in the South Asia region is Bangladesh, followed by Sri Lanka and Nepal, while the largest imports by money are from Myanmar, Sri Lanka and Bangladesh. India has a trade deficit with all countries in the neighborhood, the highest in 2018 being Bangladesh ($ 7.6 billion), followed by Nepal ($ 6.8 million). The study noted that despite increasing trade volume, India’s trade with its neighborhood remains at around 1.7% and 3.8% of global trade. This is the case despite trade agreements such as the South Asian Free Trade Area (SAFTA) Agreement, the India-Myanmar Border Trade Agreement, the ASANAN-India Trade Goods Agreement and the subsequent SAARC Preferential Trade Arrangement (SAPTA) and the India-Sri Lanka Free Trade Agreement.

China has steadily increased its trade

In contrast, China has steadily increased its trade with South Asia, with a slight decline after the 2008 global financial crisis. China’s trade reached $ 60.41 billion in 2014, while India did almost a third of its business at $ 24.70 billion. Although China’s trade volume with South Asia is consistently large, excluding Pakistan, this gap almost halves. This difference was attributed to the Sino-Pakistan Free Trade Agreement signed in 2006, which significantly increased trade between the two countries.

An analysis of the study of shares of India and China in the global trade of South Asian countries showed that India had a higher share of trade in countries with borders such as Afghanistan, Bhutan and Nepal than China, while from the region Exports to China have been minimal. China has been growing in Myanmar since 2012 and in Maldives, Bangladesh and Pakistan since 2014.

Sri Lanka once depended on India and now ..

As of 2013, Sri Lanka relied heavily on imports from India due to the India-Sri Lanka Free Trade Agreement. However, after 2013, both India and China export equally to Sri Lanka. “In the last two decades, China has established itself as a major trade partner in South Asia. Beyond Pakistan, China entered Bangladesh as the top trading partner of South Asia in 2015 and has increased trade and investment with Nepal, Afghanistan, Maldives and Sri Lanka. This mainly reflects the region’s strategic importance to China’s Belt and Road Initiative (BRI), particularly for smaller South Asian countries.

The study recommends a series of steps to help improve India’s regional trade, including focusing on and redefining free trade agreements, eliminating barriers and other protectionist policies, and cross-border infrastructure Includes integrated check posts such as Enhance.