Indian investors bat after the loss of Trump, profit of more than 5.50 lakh crore rupees 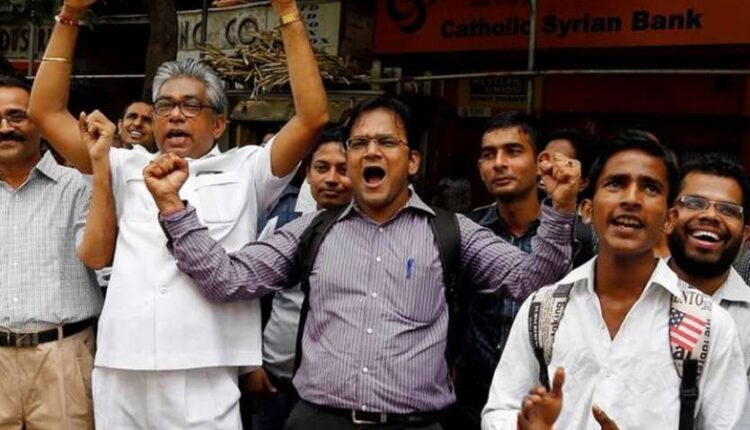 new Delhi. Donald Trump’s defeat in the US election is clearly visible. Joe Biden is a few inches away from becoming the new president of the United States. At the same time, this election has benefited American investors. Indian has also benefited equally. Investors have gained a lot in the last 6 days. According to the BSE data, investors have gained more than Rs 5.50 lakh crore due to the market which has risen due to Trump’s possible defeat in the US elections. If you talk about SENSEX, today it has closed at 41893.06 points with a gain of 552.90 points. Nifty 50, the major index of the National Stock Exchange, has closed with a gain of 143.25 points at 12263.55. On the other hand, shares of Reliance Institutions have seen good gains for the second consecutive day. Due to which the stock of the company has once again crossed 2000 rupees.

Highest market level since 20 January
Today the stock market has reached a height of more than 10 months. Both the Sensex and the Nifty have reached the highest level since January 20. The Sensex was at 41,528.91 points on January 20 and the Nifty 50 was trading at 12,224.55 points. On the other hand, in the month of November, the equity market has seen a lot of good. Whole credit goes to the booming US market. In the month of November, the Nifty 50 has seen a gain of 621.15 points. Talking about the Sensex, there has been an increase of 2279 points in the month of November. In such a business week, such a rapid increase is rarely seen.

Rising and falling stocks
Reliance shares have gained momentum for the second consecutive day today. Today, RIL shares and Bajaj Finserv shares closed up nearly 4 per cent. IndusInd Bank and HDFC Bank shares have seen an increase of nearly three per cent. On the other hand, Kotak Mahindra Bank closed with a gain of about 2.5 per cent. Talking about the declining shares, Maruti Suzuki India stock closed down by 2.61 per cent. GAIL India was down 1.89 per cent, Bharti Airtel 1.62 per cent, Ultra Tech Cement 1.34 per cent and Asian Paints 1.31 per cent.

Government to promote IT from work with gift to IT companies, work from home