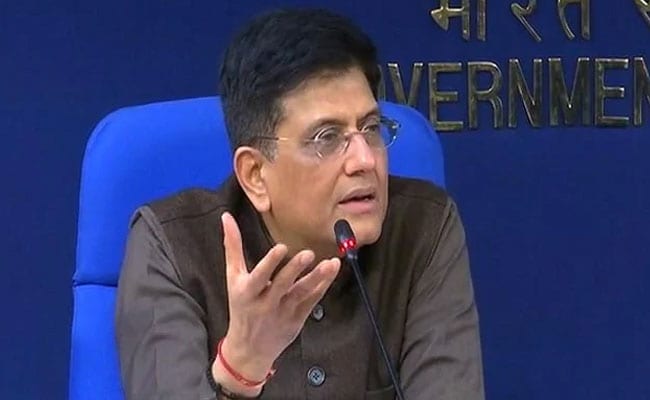 commerce and industry minister Piyush Goyal (Commerce Minister Piyush Goyal) said on Friday that the Indian economy has started filling up again and this is evident from several indicators like increasing exports and foreign direct investment (FDI) inflows into the country. He said exports of goods stood at USD 232 billion during April-October in the current financial year and total FDI inflows grew by 62 per cent in the first four months of the current financial year. Goyal said employment increased in October over the same month last year and the manufacturing PMI rose to 55.9, while the services PMI reached a decade high of 58.4.

He said in a conference via video conference, “India is again starting to fill up and this decade is shaping up to be a decade of growth, our exports are increasing and there is a sharp increase in FDI inflow and investment. Goyal said that global sentiments are changing from ‘Why India’ (Why India) to ‘Why Not India’ (Why not India). In another program, Goyal suggested the students and alumni of National Institute of Fashion Technology (NIFT) (NIFT) to connect weavers and artisans with the market.

He said that the spirit of self-reliance can be given direction by helping weavers and artisans so that they can get their due. The Minister said that by designing, packaging and branding the products of the artisans, they can get good profits and the students of NIFT can consider working in this direction.