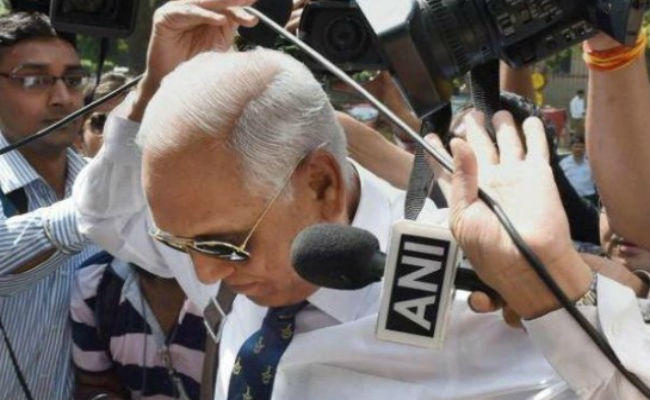 All those arrested will be introduced in a special CBI court near Patiala House Court today. The agency says that they have concrete evidence against SP Tyagi and the other two.

CBI sources said Tyagi the 71-year-old retired in 2007, Sanjeev and Gautam Khaitan lawyer living in Chandigarh were called in for questioning at the CBI headquarters. They were arrested after about four hours of interrogation by CBI. On the part of the CBI, it is the first arrest in the case that appeared about three years ago.

What is the AgustaWestland helicopter scam

During the previous UPA government, the accused were alleged in taking the bribe of Rs 450 crore in the purchase of 12 VVIP helicopters from UK-based AgustaWestland. CBI is probing the case from past three years. CBI to probe allegations of bribery in 2013 had filed a FIR.

The CBI had registered the FIR in this case during the trial against the head of AgustaWestland’s parent company Finmeccanica were allegations of corruption in the deal.

In a statement issued on Friday, Devpreet Singh, CBI spokesman said. It was alleged that Chief of Air Staff (CAS) entered into criminal conspiracy with other accused persons and in 2005, conceded to change IAF’s consistent stand — that service ceiling of VVIP helicopters 6,000 metres was an inescapable operational necessity — and reduced the same to 4,500 metres.”

Such changes in operational requirements, Singh said, made the private company (AgustaWestland) eligible to participate in the request for proposal for VVIP helicopters.

“It was revealed during investigation that such undue favours were allegedly shown to said UK-based private company by accepting illegal gratification from the accused vendors through middlemen/relatives including his cousin and an advocate etc. who accepted the illegal gratification for exercising influence through illegal means, or using personal influence over the concerned public servants,” the CBI spokesperson said.

For the first time, an Air Force chief arrested for bribery,  Tyagi denies the charges.

For the first time in Indian history when an army major was arrested on charges of bribery. In several interviews given to the media in the last three years, Tyagi and his cousins denied the allegation of taking the bribe to affect the agreement.

Dismissing allegations former Air Chief Marshal Tyagi said the change in the conditions was a collective decision in which the Indian Air Force, Special Protection Group (SPG) and other officials of the departments were present.

Who is SP Tyagi?

During the UPA regime, arrested in AgustaWestland case by the CBI, former Air Force chief SP Tyagi was born on 14 March 1945, in Indore. His schooling was at St. Xavier’s School in Jaipur. In 1963 he joined the Air Force. Former air force chief Tyagi, had close relationship Indore and Jaipur.