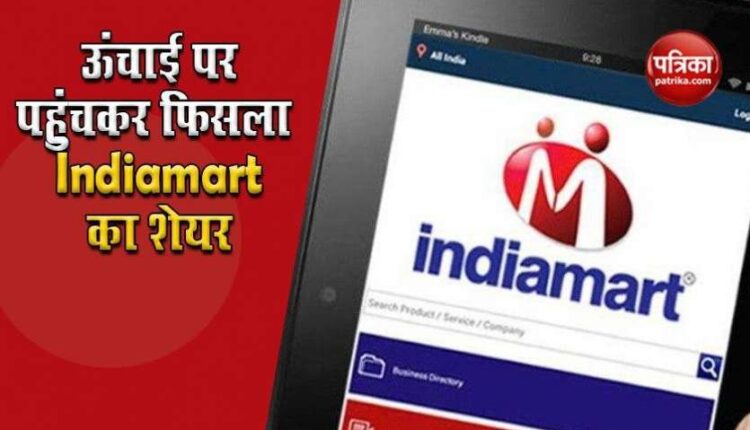 new Delhi. Indiamart Share Price was seeing its fourth consecutive rise, and the company’s stock reached a new high of 52 weeks. After that investors started selling. The company’s stock plunged by 7 per cent due to profit recovery. Let me tell you that two days ago the company had informed that it has sold 70% stake of 10 Times to Mayank Chaudhary and Atul Todi for 21.17 lakh rupees. He will hold the remaining 30 per cent. After which, the shares of the company were also seen up by 9 percent on Wednesday.

PM Kisan Scheme: Government will release next installment in November, farmers will get 2-2 thousand rupees