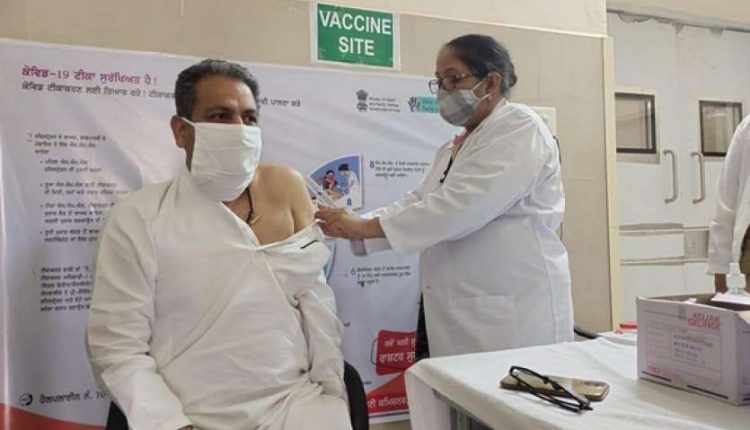 New Delhi. According to India ratings, the cost of vaccinating the entire population above the age of 18 would be only 0.36 per cent of India’s GDP. The country is reaching a dangerous state as the second wave of Kovid-19. Because of which the Central Government has prepared the vaccination three phase strategy. Under this scheme, all persons above the age of 18 years will be eligible to take the dose of Kovid 19 vaccine from 1 May. This means that now 84.2 crore people out of the total population will be eligible for vaccination. While the total population of the country is 133.3 crores.

How much money will it take
According to a report by India Ratings, the entire vaccination program could cost Rs 67,193 crore, out of which the central government would spend Rs 20,870 crore and the state governments together would spend Rs 46,323 crore. The central government has said that the pricing, procurement, eligibility and administration of coronovirus vaccines will be made flexible under the scheme. While the ongoing vaccination campaign will continue, free vaccinations will be provided to health workers, frontline employees and people with a population of over 45 years.

Will have to buy extra dose from open market
At the same time, states and union territories will be allowed to purchase additional Kovid-19 vaccines directly from manufacturers for vaccination of people above 18 years of age. As a result, vaccine manufacturers will now supply 50 percent of their production to the government and the remaining 50 percent will be available for purchase by state governments and the open market.

Spending 0.36 percent of total GDP
Out of the total requirement of vaccines, Rs. 4,090 crore has already been spent for the purchase of 21.4 crore doses. Thus the remaining amount to be spent to purchase 155.4 crore doses would be Rs 62,103 crore. According to the report, this is not a big amount because Rs 67,193 crore is just 0.36 percent of GDP.

Also read: Law will be made on the ban on cryptocurrency, investors can get 6-month exit window

Steaming offer, getting domestic gas cylinder of 819 rupees for only 19 rupees