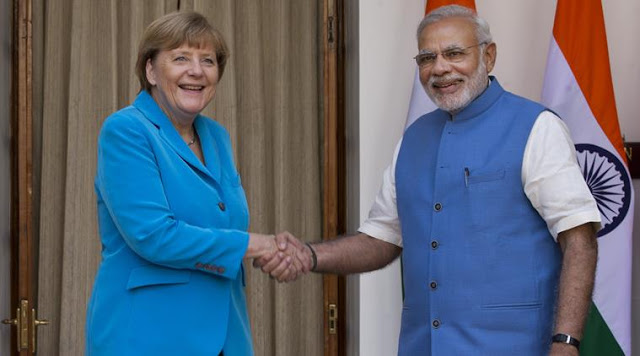 To make the investment process rapid, a fast-track approval has been granted where the country will have to approach only one particular place in Indian administration for business activities. For the first time, this kind of business initiative has been undertaken by the Prime Minister to boost investment and create employment opportunities.

Sharing about the fast-track proposal, Commerce Secretary Amitabh Kant said to a leading daily, “It will be monitored on a monthly basis all issue for German companies. The prospects are enormous because India is just beginning its long spurt for growth.”

Apart from providing assistance to India for its solar-energy project, they have also agreed for the promotion of German language in India and advancement of modern Indian languages in Germany. Agriculture, internal security, development, and defence are some of the areas where India would be assisting Germany.

Germany is the seventh largest investor in India. The meeting between the India-Germany has been scheduled six months after Modi’s visit to Germany.

“Our focus tends to be on economic ties. But, I believe that in a world of seamless challenges and opportunities, India and Germany can also be active partners in advancing a more human, peaceful, just and sustainable future for the world,” said the Prime Minister to a leading daily. Modi also expressed his gratitude to the German Chancellor for returning the 10th-century old statue of Durga in her Mahishasurmardini avatar.

Angela, along with other foreign delegates, will be heading to Bangalore tomorrow to visit the Robert Bosch Engineering and Innovation Centre. Later, she will be attending a business forum organised by NASSCOM and Frauenhofer Institute. Modi will also be attending the business forum where they will share ideas about start-up companies and entrepreneurship.