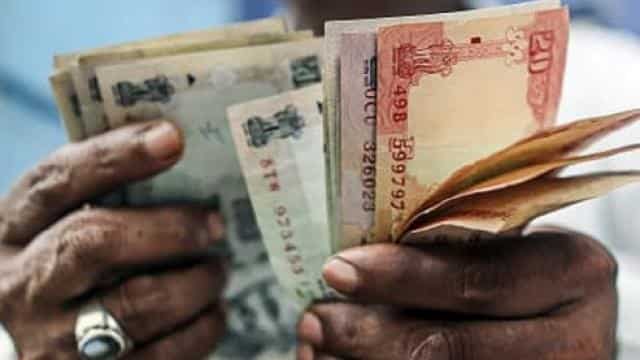 Finance Minister Nirmala Sitharaman dedicated the first installment of the 20 lakh crore economic package to deal with the Corona crisis, mainly for medium and small scale industries (MSMEs). An unsecured loan of Rs 3 lakh crore was announced for this sector. However, in the Finance Minister’s Wednesday speech, many announcements were made, which are directly related to the middle class.

The middle class was relieved by announcements like increasing these hand salaries by 4 percent for three months, reducing the rate of TDS deduction on non-salary payments by 25%, 4 months more moratorium to file income tax returns, while the real estate sector An announcement made for this has also added to the problem of this class. Builders whose registration or project completion date was around the Corona crisis have received six months’ deferment without any application.

Salary will increase by August
The government has extended the scheme for depositing 12-12% per cent of the share of both less than 15 thousand paid employees and its employer in EPF account for three months. Thus, companies having less than 100 employees, employees with less than 15000 salary will get 24% more by August. Also, instead of deducting 12 percent of the basic salary of employees in EPF for all companies, it has been allowed to increase it to 10 percent. Now for the next three months, instead of 12%, only 10% of the amount will be deposited in EPF account by the employee and employer. This will also give them 4% more in hand salary.

PM has to go a long way, PM Modi said on the announcement of Nirmala Sitharaman

However, with these hand salary increases, the tax liability of employees may increase marginally. With less money deposited in the PF, under Section 80c of the Income Tax Act, the benefit of exemption on income tax will be reduced. However, there is no need to worry for those who can get up to Rs 1.5 lakh exemption under 80c from other sources. Apart from this, the Finance Minister has also announced a reduction in the rate of tax on source (TDS) on non-salary payments and 25% for the deduction in collection at source (TCS) by 31 March 2021. This will benefit such professionals, who do freelance or consultancy.

More time to file income tax return
The deadline for personal income tax returns and other returns for the financial year 2019-20 (assessment year 2020-21) has been increased from 31 July to 30 November 2020.

Along with this, the benefit of the ‘Dispute to Confidence’ scheme brought for settlement of tax disputes has also been extended till 31 December 2020 at no additional charge. The Finance Minister said that taxpayers who wish to settle pending disputes under this scheme will now be able to apply by 31 December 2020. For this, they will not have to pay any separate fee. The Finance Minister said in another announcement that all the charitable trusts, non-corporate businesses, professionals, LLP firms, partnership firms will be returned their pending refunds soon. He informed that earlier the government has refunded taxpayers up to Rs 18,000 crore up to Rs 5 lakh. This refund was made to 14 lakh taxpayers.

Relief to builders, waiting for flat will increase
For those who were expected to get a flat in the near future or whose builder had just registered the project, the period of flat completion has increased automatically for six months after today’s announcement and you have no complaint against it. Can do. The Finance Minister said that the lockdown had come into force in the country since 25 March. In such a case, the date of the project which was around the time of registration or completion will be extended six months without any application. Under the new provision, the Ministry of Housing and Urban Development will instruct RERA of all the states and union territories to consider Kovid-19 as a ‘divine disaster’ so that the builders can be given relief in the term of completion of the project, terming it as a force majeure in the RERA Act. Could.