In the Corona period, most of the wealth of these industrialists of the world, two names of China were also included. 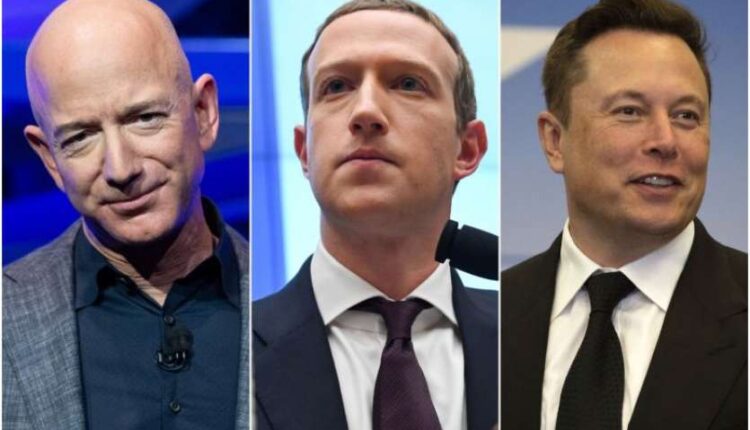 new Delhi. During the Corona period, millions of people lost their jobs worldwide. Many companies were destroyed and some have reached the brink of destruction. On the other hand, there are some people in the world whose wealth has increased immensely. According to reports by consulting firm PwC and Swiss bank UBC, the wealth of more than 2000 billionaires of the world has increased by more than $ 10 trillion this year. You are going to tell about 5 such billionaires, who have seen the biggest increase in wealth. In which two names are also from Chinese billionaires.

Assets reached 200 billion dollars
Jeff Bezos, the founder of the world’s largest ecommerce company, Amazon, is very much interested in the epidemic and the lockdown. Jeff Bezos’ wealth stood at $ 114 billion in October last year, which has now risen to $ 184 billion. Whereas in August his wealth exceeded $ 200 billion. In one day, his net worth was increased by 10 billion dollars.

Elon Musk also became rich
The net worth of Space X and Tesla super boss Elon Musk have gained the most during this time. His property has seen more than three times increase as compared to last year. His net worth was $ 23.9 billion in the same period last year, which has increased more than 300 percent to $ 91 billion today. In fact, due to the tremendous increase in the shares of Tesla, their wealth has increased.

Also read: How much gold bought last Diwali made in a year, know how expensive it has become

Property of Koling Huang also accelerated
Chinese ecommerce company Pineduoduo’s founder, Colin Huang, has seen a tremendous increase in net worth and has now become the fourth richest person in China. During the Corona period, when people turned to their company, the shares of the company on the Nasdaq have seen tremendous boom.

Zoom founders also benefit greatly
The use of the zoom video app was seen quite a lot in the Corona era. As a result, its shares gained momentum and zoom app founder Eric Yuan saw an increase in net worth. The special thing is that Zoom was made for companies, but the demand increased by 1900 per cent, and billions of rupees came in the pockets of the yuan, even on behalf of common people.

The stock market closed a day before Deepawali, Sensex closed with slight increase