In the battle against Kovid-19, after Mukesh Ambani, Tata, Mittal and Jindal also came out 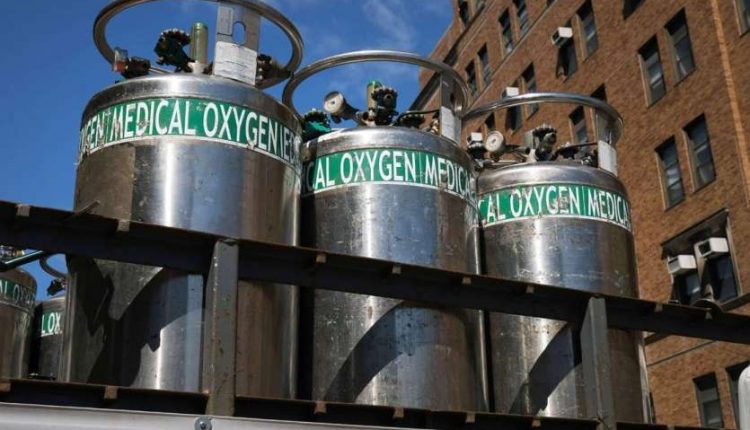 New Delhi. After Mukesh Ambani-led Reliance Industries provided oxygen to Maharashtra for free, many Indian business houses have now come forward to use oxygen for their plants for medical purposes. On Sunday, Tata Steel announced that they were providing oxygen to treat Kovid-19 patients. Prior to Tata Steel, other steel companies such as Jindal Steel, ArcelorMittal Nippon Steel and SAIL had also announced that they were supplying oxygen for medical use.

Jindal Steel also showed commitment
In view of the growing Kovid-19 cases in Maharashtra, Sajjan Jindal-led JSW Steel is supplying 185 tonnes of oxygen per day to the state government from its Dolvi plant in Maharashtra. The company informed via a tweet that Kovid-19 has started spreading again and we need oxygen to save lives. Oxygen is the raw material in steel plants and at this critical time, we have committed the government to save lives on steel making. In another tweet, Jindal Steel & Power spoke about its efforts to supply 50-100 MT of oxygen to hospitals in Chhattisgarh and Orissa.

ArcelorMittal Nippon Steel also came forward
On 17 April, ArcelorMittal Nippon Steel India announced that the company was supplying 200 metric tonnes of liquid oxygen to medical facilities in Gujarat. In a statement issued by CEO Dilip Oommen and tweeted by the company, he stated that the company is supplying oxygen from its plant in Hazira, which is being operated in partnership with Inox Air Products. He said that during these efforts, standing shoulder to shoulder with the officials and protecting the society is in accordance with our social commitment. According to information given to the steel ministry, steel plants have supplied more than 130,000 tonnes of medical oxygen since the onset of the epidemic.

SAIL spills over 33,300 tonnes of oxygen
On Saturday, the Steel Authority of India Limited announced that they had already supplied more than 33,300 tonnes of liquid medical oxygen to treat Kovid 19 patients. The organization said that oxygen of 99.7 per cent purity is being supplied from its plants at Bokaro in Jharkhand, Bhilai in Chhattisgarh, Rourkela in Odisha and Durgapur in West Bengal.

Reliance started
Ambani’s Reliance Industries Ltd, which operates the world’s largest refining complex in Gujarat, was informed that the refinery has started supplying oxygen from Jamnagar to Maharashtra due to the acute shortage facing the state. Appreciating the efforts of the industries, the steel ministry said through its Twitter handle, “Around 28 oxygen plants located in steel plants both in public and private sector are supplying about 1,500 tonnes of medical oxygen per day. 30,000 tonnes including safety stock. Stock is being made available for medical use.

Gold price today: 24 karat gold is worth so much today, check the price of gold and silver in different cities