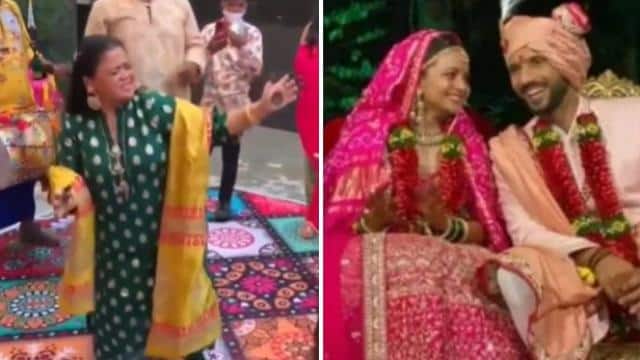 Bharti Singh and Harsh Limbachia have been on social media ever since the Narcotics Control Bureau (NCB) came on the radar. Recently, both of them were seen enjoying a lot with each other at the wedding of best friend Puneet Pathak. A video of Bharti Singh performing bhangra on the dhol is becoming increasingly viral on social media.

There is a mixed reaction of fans on Bharti Singh’s latest video. If someone is making a heart emoji on their dance, then someone is asking where didi, where will they get the goods? One user wrote, “Don’t know which drug Bharti does.”

Significantly, choreographer and actor Puneet J Pathak has tied up with fiance Nidhi Mooney Singh in marriage. Both took seven rounds on December 11 in Lonavla. Photos and videos of Puneet and Nidhi’s wedding are becoming viral in social media. Puneet’s wedding took place at a resort between close friends and family, where Mehndi ceremonies, marriages and brunch receptions were held.

Which actor is the favorite of Aamir Khan, Hrithik Roshan and John? When Abhishek Bachchan gave a funny answer to the question