In Kerala, Anushka Sharma wrote a post, filled with firecrackers fed to pregnant elephants, and wrote a strict law. 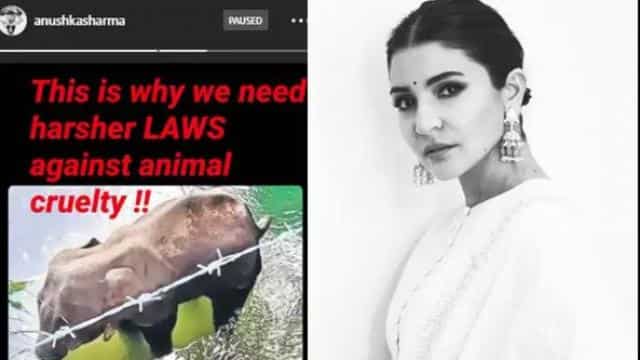 Actress and animal activist Anushka Sharma speaks openly on social media. Recently some people in Kerala fed a pregnant elephant with a pineapple full of firecrackers. She stood in water for three days. Wounds and teeth broke in his jaws. Three days later that elephant died. The child born in the arms and stomach died.

This incident has affected many people. One of them is Anushka Sharma. He has expressed grief by writing posts on social media and said that we need to enact more strict laws against such people.

An act most #inhumane to will fully feed a pineapple full of fire crackers to friendly wild pregnant #Elephant is just unacceptable..strict action should be taken against the culprits sir 🙏🏽@vijayanpinarayi @CMOKerala @PrakashJavdekar @moefcc @ntca_india https://t.co/ittFQogkQV

Anushka Sharma writes while sharing the news on social media that therefore we need to enact even more strict laws against the atrocities on animals. He shared a screenshot of the incident on Instagram Story.

Richa Chadha’s cat ‘Kamali’ got a strong slap, the actress shared a photo and wrote – It was very painful!

Apart from this, actor Randeep Hooda has also tweeted and wrote how painful it is. Where is it right to feed a elephant with a pineapple full of firecrackers? Strict action should be taken against such people.

Let me tell you that this matter is from Mallapuram in Kerala. The matter came to light when a forest department official shared the post on social media.