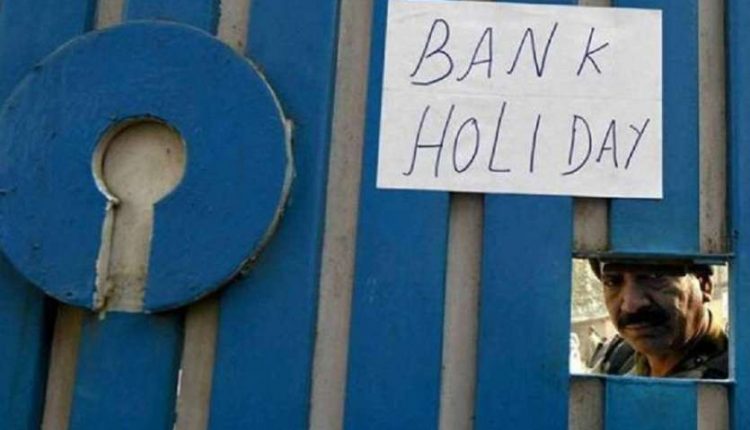 new Delhi. If you want to get related work done by banks in the month of April, then you may have some difficulty. Banks are to be closed for a total of 15 days, including Sundays and second and fourth Saturdays. There will also be occasions like Good Friday to Bihu, Babu Jagjivan Ram Jayanti in this month. Due to which there will be a holiday in banks. In such a situation, if you want to do some work by going to the bank, then you have to see it immediately. Let us also tell you which days are going to be closed in the month of April.

Also read: Reliance lost more than 55 thousand crores in last one week, know the condition of other companies

From Good Friday to Tamil New Year
According to the Reserve Bank of India, as of April 2021, government to private banks of the country are going to remain closed for 15 days. There are many important festivals in this month. Which will start on Good Friday and continue till Ram Navami, Bihu, Babu Jagjivan Ram Jayanti. The special thing is that the month of April will open on April 3 itself. The bank will be closed on 1 April due to the year closing. The bank will remain closed on 2 April due to Good Friday.

Banks will remain closed on these dates
– Banks will be closed on 1 April due to the closing.
– Good Friday on April 2, Aizawl, Belapur, Bengaluru, Bhopal, Bhubaneswar, Chennai, Dehradun, Gangtok, Hyderabad, Imfan, Kanpur, Kochi, Kolkata, Lucknow, Mumbai, Nagpur, New Delhi, Panaji, Patna, Raipur, Ranchi , Banks in Shillong and Thiruvananthapuram will remain closed.
– Banks will be closed in Hyderabad on April 5 on the occasion of Babu Jagjivan Ram Jayanti.
– Tamil Nadu Legislative Assembly 2021 is voting on April 6, in such a situation, there will be no work in private and public banks in Chennai.
Banks will be closed on 13 April on Gudi Padwa, Telugu New Year, Ugadi Parva, Sajibu Nongampanba, 1st Navratri, Baishakhi in Belapur, Bengaluru, Chennai, Hyderabad, Imphal, Jammu and Kashmir, Mumbai, Nagpur, Panaji and Srinagar.
– Dr. Babasaheb Ambedkar Jayanti on 14th April, Tamil New Year, Vishu, Biju Festival, Chiroba, Bohag Bihu due to Agartala, Ahmedabad, Belapur, Bengaluru, Bhubaneswar, Chennai, Dehradun, Gangtok, Guwahati, Hyderabad, Imphal, Jaipur, Jammu , Kanpur, Kochi, Kolkata, Lucknow, Mumbai, Nagpur, Panaji, Patna, Ranchi, Srinagar and Thiruvananthapur.
On April 15, banks will be closed in Agartala, Guwahati, Kolkata, Ranchi and Shimla on the occasion of Himachal Day, Bengali New Year, Bohag Bihu, Sirhul.
– On April 16, due to Bohag Bihu, there will be no work in banks in Guwahati.
Banks will be closed in Agartala, Ahmedabad, Belapur, Bhopal, Bhubaneswar, Dehradun, Gangtok, Hyderabad, Jaipur, Kanpur, Lucknow, Mumbai, Nagpur, Patna, Ranchi and Shimla due to Ram Navami and Garia Puja on April 21.
On the same day, there is Sunday on April 4, 11, 18 and 25 and after the second and fourth Saturdays on April 10 and April 24, banks will remain closed.

Reliance lost more than 55 thousand crores in last one week, know the condition of other companies

Investors beware, corona can remain on the market this week