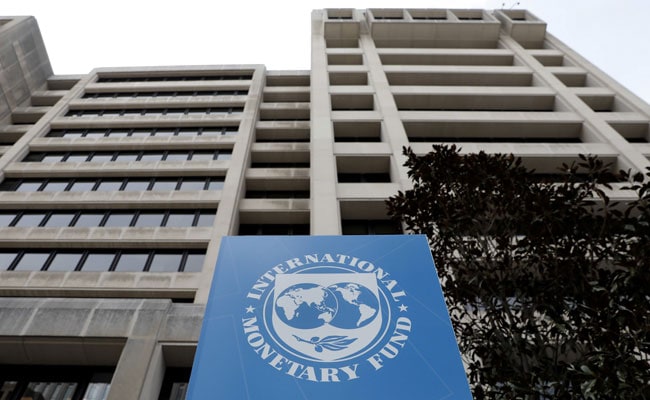 In view of the impact of the second wave of the Kovid-19 epidemic in India, the estimate has been reduced. (file photo)

The International Monetary Fund (IMF) on Tuesday reduced India’s economic growth forecast for the financial year 2021-22 to 9.5 percent. The global institution has taken this step in view of the impact of the second severe wave of the Kovid-19 epidemic on the economic revival. This latest estimate for the current financial year is lower than the 12.5 percent GDP (Gross Domestic Product) growth rate estimated in April. The IMF has projected an economic growth rate of 8.5 percent for the financial year 2022-23, which is higher than April’s estimate of 6.9 percent.

The Monetary Fund said in the latest World Economic Outlook, “In view of the second severe wave of Kovid epidemic during March-May this year, the growth prospects in India have been reduced. Due to this, the pace of improvement in confidence is also expected to slow down. Apart from the IMF, many other global and domestic agencies have reduced the economic growth rate estimates for the current financial year. Last month, S&P Global Ratings had projected GDP growth at 9.5 per cent in the current fiscal and 7.8 per cent in 2022-23.

At the same time, the World Bank reduced the growth rate to 8.3 percent in the current financial year while the Asian Development Bank (ADB) reduced it to 10 percent from 11 percent last month. The Monetary Fund has projected an overall growth of 6 percent in the global economy in 2021 and 4.9 percent in 2022. The new economic growth forecast for the year 2021 is similar to the one projected in the World Economic Outlook for April 2021. Although some modifications have been made in it. “While the global economy continues to recover, the gap between developed countries and many emerging and developing economies is widening,” the report said.

Monetary Fund’s Chief Economist Gita Gopinath wrote in her blog post accompanying the report, “Our latest global growth forecast for 2021 is similar to the previous scenario. But there is a change in the structure.” He said that the IMF estimates that the pandemic has reduced per capita income in developed economies by 2.8 percent during the period 2020-2022 compared to pre-pandemic trends. At the same time, for emerging market and developing economies (except China), the loss in annual per capita income is estimated at 6.3 percent.

Gopinath has said, “These amendments reflect a significant difference in development during the pandemic. One of the main reasons for this is the spread of the delta variety. In developed countries, about 40 percent of the population has been fully vaccinated. At the same time, the vaccination rate is very low in emerging economies and 11 percent in low-income developing countries. “Estimates have been raised in some cases due to faster-than-expected vaccination and return to normalcy, while the slow pace of vaccination in some countries and the impact of the second wave of the Kovid-19 pandemic, especially in India, has been pushed up,” he said. In view of this, the estimate has been reduced.