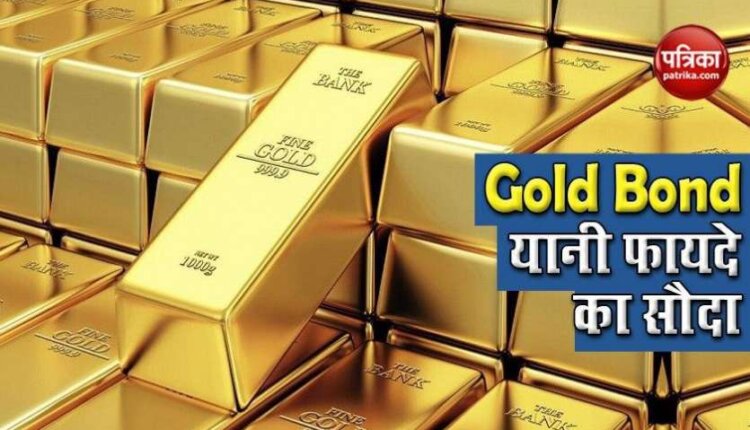 new Delhi. The fifth installment of investment in Gold Sovereign Bond 2020 (Gold Bond Scheme 2020-21 Series V) has started from the day of Rakshabandhan. In which there is a guarantee of profit along with safe investment. It is different that this time the investment amount (Gold Bond Scheme 2020-21-Series V Issue Price) is more than the last four installments, but you will get the same benefit. You have until 7 March to invest in your gold bond. Let us tell you that in view of the corona virus epidemic, the government announced a 6 installment scheme of gold bonds. What are we waiting for. Hurry, this time should not be missed.

Also read: DGCA bans this scheme of Spicejet, know the reason behind

What is the price
According to the Reserve Bank of India, the issue price for Sovereign Gold Bond has been kept at Rs 5334 per gram. This is the fifth batch of the current financial year, which is being launched. The special thing is that the issue price is more expensive by Rs 482 per gram this time than the previous series. Last time the issue price was kept at Rs 4852 per gram. Which was brought from July 6 to July 10.

How much discount
According to a statement issued by the Reserve Bank, a gold bond online transaction will be given a rebate of Rs 50 per gram. After which the price of gold bond will be Rs 5,284 per gram. Let us tell you that in April the Modi government announced a gold bond, which was planned to be brought in 6 installments.

Also read: 25 million employees’ jobs hang on, when will the hotel and the hospitality sector improve

How is the price decided?
According to experts, the exact price of the 999 purity gold closing rate of the last trading day of the week immediately preceding the week when the gold bond is issued is made the issue price of the bond. If you talk about the price of August contract of gold in the futures market, it has gained Rs 622 to close at Rs 53800 on Friday. While the September contract price is seen at Rs 53515 per ten grams.

What is the benefit of this
There are many advantages to investing in gold bonds. After investing in it, you lose the tension of physical gold. You have no chance of loss in the price you buy. This bond scheme issued by the government i.e. RBI keeps you away from any kind of insecurity. On the other hand, you get 2.50 per cent interest on gold bonds, which is your hard-earned money. If you get a big profit after maturity, then you do not even have to pay tax.

Also read: 40 crore people of the country have become the fans of this bank account, know what is special

Gold bond is necessary for these investors
The biggest feature of this scheme is that with the increase in the price of gold, you also get an interest of 2.5 per cent. At the same time, there is also the risk of default. Getting out of this scheme is also quite easy. At the same time, investors will not have to give capital gains in this scheme. If you talk about the last 10 to 15 years, then investing in gold has proved to be a very profitable deal.