If you had also invested in these companies, then you would have made 200 to 400 percent profit. 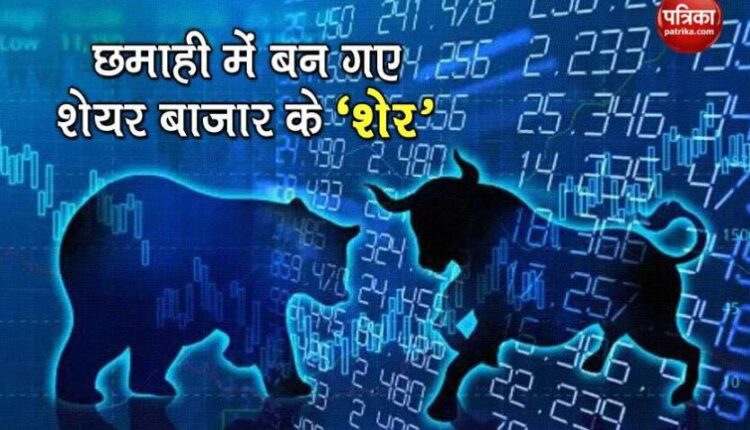 new Delhi. Thousands of people have died due to Corona virus in the country, the number of which may reach one lakh soon. In the world, in the case of corona cases, India is second only to America. Due to which the lockdown was imposed in the country. After that the financial problem of the people in the country started. The stock market also initially dipped, but recovered after that. And it arose that in the first half after 2009, for the first time, the Sensex and Nifty saw a boom. Shares of some companies made gains ranging from 200 per cent to 400 per cent. Surprisingly, in the top ten companies in terms of giving returns, the country’s largest company Reliance Industries is not named, whose market cap has exceeded 15 lakh crores. While there are companies ranging from Alok Industries to TCS and Vodafone Idea and Tata Communications, who must have invested during this time, they must have made big profits. Let us also tell you what kind of boom has been witnessed in the stock market during this period and which company has benefited so much.

Sensex and Nifty witnessed big boom
During the lockdown, the stock market has seen tremendous boom. This boom has been seen for the first time after the tremendous figures of the first half of 2009. During March 31 to September 30, where the Sensex has seen a growth of 29 percent. On the other hand, the National Stock Exchange’s major index Nifty 50 has seen a gain of 31 percent. According to experts, the market has seen a boom due to the positive trend of foreign markets in times of instability. Let us tell you that in the first half of 2009, the Sensex rose by 76 percent and the Nifty 50 by 68 percent. It never happened after that.

Which shares are Alexander of the market
If we talk about the top 10 return companies in these 6 months, then there is no big name in it. Oddly enough, the stock of Vodafone Idea, which is going through its worst phase, has given more than 200 per cent returns. Whereas Tata Communications has given 264 per cent returns. Shares of Alok Industries and Adani Green have been successful in giving returns of up to 400 per cent. Small companies are dominating more in these six months. Dish TV shares have given a return of around 230 per cent. On the other hand, Suwen Pharma has given a return of 277%, beating the big pharma companies like Sun Pharma and Cadila. Companies like Reliance Industries and TCS are not named in this list.

The largest increase in shares of these companies in 6 months

In 6 months, these companies earned thatch.

There can be ups and downs in the next half
According to experts, the market may see fluctuations in the coming few months. The biggest reason for this is the election of the US President. Where once again, the current President Donald Trump is a candidate for a second term from the Republican Party. At the same time, Joe Biden, candidate of the Democratic Party. Trump and his wife have developed a corona due to which the market may see a downward trend. On the other hand, how much and how much help the market and economy can get from the central bank will also be very important. Investors will once again turn to defensive sectors. We will also try to keep our profits in our hands.

If you also need money then gold loan is the best option, know how much cheaper than personal loan