If the grain is not taken for 3 months, the name can be cut from the Ration Card, the government has taken an important decision 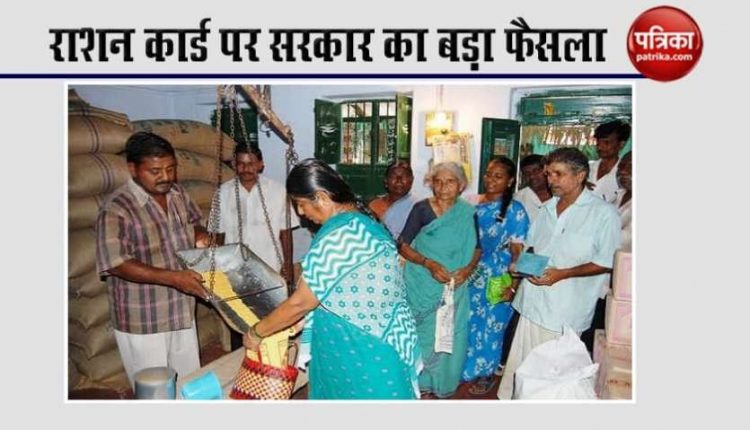 new Delhi. The government is running One Nation One Ration Card scheme so that the needy can get ration at affordable price. Under this, ration can be taken by staying in any part of the country. Due to the Corona period, it was also linked to the poor welfare scheme. By which people of poor section will get free grain till December. Recently, according to the instructions of the Central Government, the State Governments have taken a big decision regarding the Ration Card. Under this, now the name of those who do not take ration for three months can be removed from the card. With this, the names of other needy people will be included in the list.

This process of removing the name from the ration card is likely to be started first in states like Uttar Pradesh, Madhya Pradesh and Bihar. Recently, the Food and Civil Supplies Department UP of Uttar Pradesh has also sought a report from every district. It is being told that the process of cancellation of ration card will be started as soon as the information is received from the districts.

Sex workers will also get grain
Till now, facilities are distributed to the workers, poor and middle class people in the ration. Different categories of ration cards are made for them. But after the directive of the Supreme Court some time ago, now the ration card facility is also provided for sex workers. They will also get grain from this. Apart from this, it has been decided to make ration cards for people suffering from serious diseases.

PM Suraksha Bima Yojana: Get up to 2 lakh insurance from premier of just Rs 12