If the government did not do so, the poor would be devastated and the capitalists would become the owners of the country: Rahul 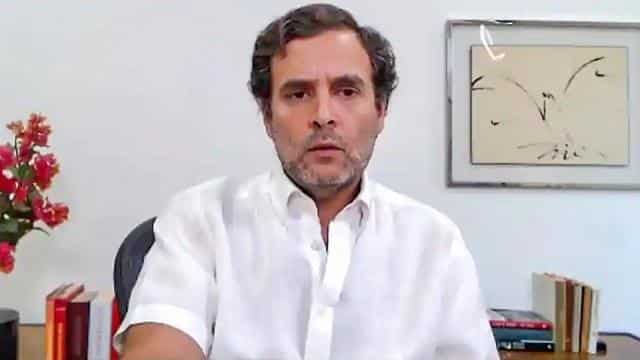 Former Congress president Rahul Gandhi said on Saturday (June 13) that if the government did not pour cash into the economy, the poor would suffer more and the middle class would become the new poor. Rahul said in a tweet, “If the Indian government did not put cash in the economy to start it, then the poor will end and the middle class will become the new poor. Crony capitalists will become the owners of the entire country. “

Endorsing Rahul’s views, Rajasthan Chief Minister Ashok Gehlot said, “To survive the economy, the government needs to take necessary steps and put money in the hands of the people so that demand increases and economic activity picks up.”

The statement said, “The economic policies of the BJP have been a complete disaster for the country. Even after Kovid failed to get the economy back on track, the finance minister refused to listen to the voices of experts. The government has failed to curb rising inflation. And now he is busy hiding key economic figures to hide his failure. “

How much does Shahnaz Gill charge for a post on Instagram? Knowing this, your senses will fly away