Ibrahim’s first post after Sara’s questioning of NCB in drugs case, said- If you are going through a difficult situation … 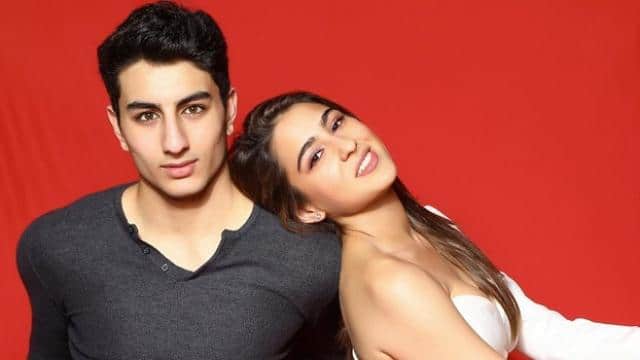 Ibrahim Ali Khan, son of Saif Ali Khan and Amrita Singh, remains very active on social media. He often shares his photos. Now recently he has shared a photo of him in which he is seen in the pool. Ibrahim has written a line by Winston Churchill while sharing the photo.

Ibrahim wrote, “If you are going through a difficult situation, then you should keep moving forward.”

Please tell that Ibrahim loves acting like sister Sarah. He used to make many funny videos on Tiktok. Fans also liked his videos.

After Ibrahim’s videos came, everyone is waiting for his Bollywood debut. A few days ago Sara was asked about her brother’s Bollywood entry, he said, “Ibrahim wants to come to Bollywood, but first he will complete his studies. Only then can he think of becoming a professional actor.

Sara told about his brother that he would go abroad to study the film first, then decide when to enter.

Sara was again asked if she would launch her brother, she said, ‘I don’t know if I will launch her or not. This may be an option, but the film career is quite large. By the way, Ibrahim is excited to get into films.

In an interview, Ibrahim had said about sister Sara, ‘There is a difference of about 5 years between us, but we love each other very much and live the moment openly. We are also friends of each other. ‘

The golden opportunity to buy a cheap house, these big banks, including HDFC and SBI, are giving different kinds of discounts

Dilip Kumar and Saira Banu will not celebrate wedding anniversary this year, know why

Anupreet Kaur Jan 28, 2021
new Delhi. Every year as soon as the budget is presented, people are eager to know about the tax slab. Because the…