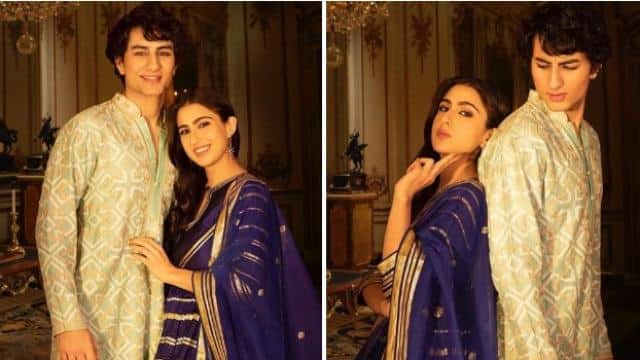 Within just two years, Bollywood actress Sara Ali Khan has established herself in the film industry. The actress made her Bollywood debut with the film ‘Kedarnath’. In this film, she was seen with late actor Sushant Singh Rajput. His acting was also highly appreciated. Please tell that Sara Ali Khan shares a very good bond with brother Ibrahim. Recently he has spoken openly on Bhai Ibrahim’s Bollywood debut.

In conversation with ETimes, Sara Ali Khan spoke about Ibrahim’s good sense of humor. He said, “Ibrahim’s humor is quite interesting. My only advice to him would be to just be an all round person. I think the film is a good business and it will feel very lucky to be a part of this industry. If he needs advice on acting or anything else, then there are many people in the family with whom he can talk about things. There are a million times better actors and stars in the family than me. ”

Sara Ali Khan further says that I do not think that my status has come so far that I give tips to anyone, but I will say this so much that it is very important to experience different things in life. Whether it is studying, whether it is traveling, whether it is talking or people have to be tested, these things are very important. This is the one thing I would say to him. He has parents and many people who will tell him what he should do.

Aditya Narayan returned to work after coming from honeymoon, shared the photo and wrote – The boy is shining too much

It is known that Sara Ali Khan was recently seen in the film ‘Coolie No 1’ with Varun Dhawan. He is now busy shooting for the upcoming film Atrangi Ray in Akshay Kumar and South Superstar Dhanush with Agra.

Stagnation in the price of petrol and diesel continues for 22 consecutive days, know today’s price