How will improvement in the agriculture sector with PM Modi’s Booster Dose, know here 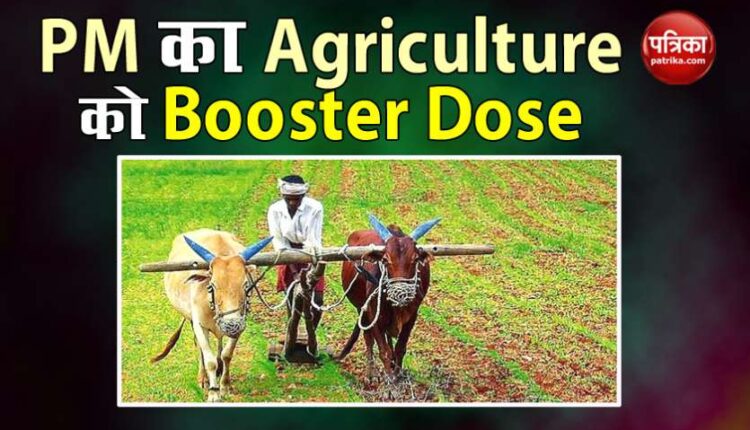 new Delhi. Prime Minister Narendra Modi ( Prime Minister Narendra Modi ) On Sunday has launched a one lakh crore rupees financing facility under the Agriculture Infrastructure Fund for development in the agriculture sector. Declaration of fund Finance Minister Nirmala Sitharaman ( Finance Minister Nirmala Sitharaman ) In May under the Atma Nirbhar Bharat Package. Now the question is, how will the agriculture sector benefit from this booster dose? How will this help the farmers? Let us also tell you …

Farmers will also get
According to the government, this will also help in the development of infrastructure related to the management of crops after production. For farmers, the lack of adequate cold chain and post-harvest management infrastructure in the areas around the farm-gate. It has been announced in view. Let us tell you that for the last few months, where there has been a decline in all sectors. On the other hand, agriculture sector has seen a lot of growth.

Also read: Silver can reach one lakh rupees in festive season, know how expensive gold can be

Establishment of 10000 farmer-producing organizations
The Prime Minister said that the government ensured record procurement of farmers’ produce, which has reached Rs 27,000 crore more than before. Referring to the recent decisions to abolish the Essential Commodities Act and free the farmers from the sales limits in the APMC of the concerned state, he said that these decisions will change the scenario of rural economy in the country and increase the income of farmers manifold Will be. He said that the government was planning to set up around 10,000 farmer-producer organizations in the country.

17000 crores of PM Kisan Fund released
More than Rs 17,100 crore has also been sent by the Prime Minister to the bank accounts of 8.55 crore farmers under the PM-Kisan scheme. PM Modi also spoke to farmers from various states during the virtual launch program through video conferencing.