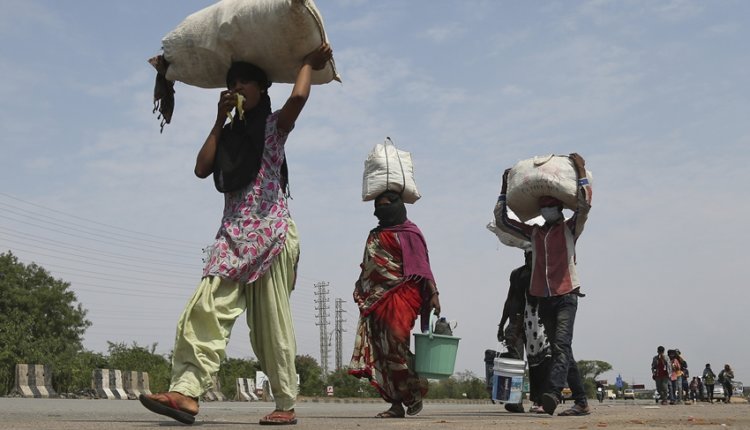 The Supreme Court has refused to hear the case of death of migrant laborers in Aurangabad train accident. The court dismissed the petition saying ‘how can anyone stop it when people sleep on the railway tracks? How will you stop the migration of migrant laborers when they want to go? ”Advocate Alakh Shrivastava cited the incident in Aurangabad as saying that the matter was important. In such a situation, the Central Government should be asked why the stumbling steps were not taken despite the order of the Supreme Court, due to which this painful accident happened.

On this, Justice LN Rao said that if people are walking on the road then how can they be stopped. Justice Sanjay Kishan Kaul said that the petitioner’s petition is based on the newspaper. In this case, governments should be allowed to work and take action. People are going on the road, walking, not stopping so what can we cooperate?

The Supreme Court reprimanded the petitioner, stating that his petition was based solely on newspaper cutting. The court dismissed the plea, saying, “Every lawyer reads the incidents on paper and becomes knowledgeable about every subject.” Your knowledge is completely based on newspaper cutting and then you want this court to decide. Let the state decide on this. Why should the court decide on this?

The Supreme Court on Friday said that it is impossible for the courts to monitor or stop the movement of migrant workers in the country and the government will have to take necessary action in this regard. The Center told the apex court that the government is providing transport facility to these migrant workers across the country to reach their destination but they have to wait for their turn instead of walking on foot during the Kovid-19 epidemic.

During the hearing through video conferencing of the case, the bench sought to know from Solicitor General Tushar Mehta, who was appearing on behalf of the Center, whether there is any way to prevent these workers from walking on the streets. Mehta said that the states are providing interstate bus service to these workers, but if people start walking on foot instead of waiting for their turn for transport facility, then nothing can be done.