How Artificial Intelligence has helped policy holders, know what is known 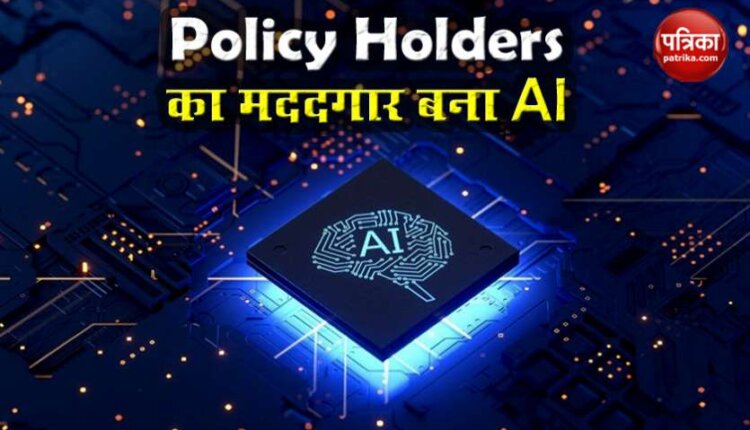 new Delhi. The whole world is suffering from the corona epidemic. In this difficult time, artificial intelligence technology has emerged as a companion to all the problems. Health authorities have campaigned at the local and national level to avoid the virus. The virus has spread to more than 150 countries. But due to AI technology, people are being made aware of it. Let us also tell you how Technologie is helping the common people in this Mahamari.

Also read: 4 times increase in Silver price compared to Gold, know why it is getting faster

How AI is helpful in this mission
According to Sanjay Dutta, Chief of Claims and Underwriting and Reinsurance at ICICI Lobard General Insurance, several general consultations issued in the public interest to reduce the risk of the corono virus have included some other measures, including social distancing. However, some conditions have been described, which may not be entirely possible. For example, if you have to renew or claim your lost policy. So you have to go to the insurer’s office, but travel is a risky job in this era. Here technology will help you. Some companies have started the facility of mobile self-inspection for this. So that you can make your claim without going to the office of the insurer.

Mobile apps are also ready
Sanjay Dutta said that many insurers have created apps for this, through which you can upload and send your documents. With the help of technology, you can do all your work at home without any hassle without going to office. The online process is the easiest way. Through the digital platform, your work gets done faster and faster. By which common people can easily protect themselves and their family from corona virus.

Also read: Indian Railway becomes a boon for Migrant Laborers in Corona Period, know how many people were given jobs

Interference in health services too
Sanjay Dutta believes that now technology is playing an important role not only in motor insurance but also in health services. Artificial Intelligence is doing hours of work in minutes. It is to be noted here that the claim settlement is a complex process, which sometimes involves going to the insurer’s office, third party (TPA), even to the doctor. AI has now made things much easier. Due to AI based work, now all the work can be done easily in a very short time without circling the offices. Claim settlement is now happening hands-on through Artificial Intelligence.

Plan on buying a home loan and buying a house, so keep an eye on the interest rates…

Diesel became cheaper for the fifth consecutive day, know how much the price of…