Hopes of bumper sales on Holi shock, know how many thousand crores will be lost 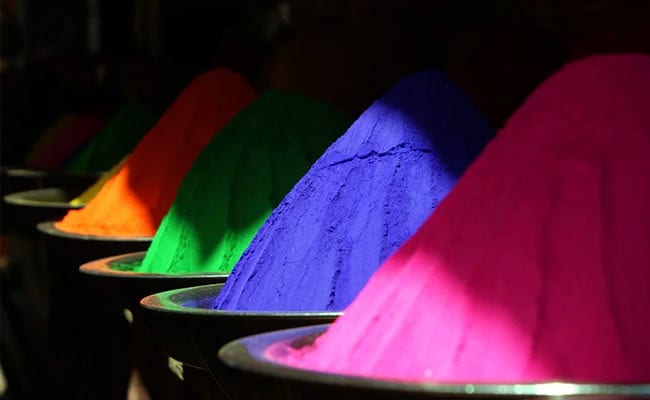 All kinds of mass events related to Holi have been banned.

In the last one year, due to Corona, restrictions on public events of festivals have had an impact on businessmen. This time too, after the sharp rise in Corona cases in February-March, the state governments have imposed all kinds of restrictions. Due to this, there is a possibility of loss of thousands of crores of rupees.

CAT, an organization of crores of retail traders, says that due to the sharp increase in Kovid-19 cases, Holi’s plan is also expected to fade this year. States and Union Territories have either curbed Holi’s mass festivals, public events and shopping, or are in the process of preparing it.

CAT National President BC Bhartia and National General Secretary Praveen Khandelwal said that the tradition of gathering Holi on Holi, Holi Milan celebrations and street gatherings has been a tradition for centuries. Even small traders have been benefiting from such events. Around 3000 small and big events are held in Delhi on the occasion of Holi. Across the country, its number is around 40 thousand, but now there will be neither Holi hullabaloo or fun of colors. If there is no social program, people will prefer to stay in their homes.

This is the reason why the shopping which takes place a week before Holi, is showing a decline. The markets are deserted. This year, shopkeepers may suffer a huge loss in the purchase of toys of Rang, Gulal and Holi. The expectation of shopping for sweets, namkeen, herbal gulal, flowers and puja is also slim.

It is clear in the guideline of Delhi Government that this year, no social program or function will be organized on Holi. The Delhi Disaster Management Authority also ordered that there would be no celebration in the city on the occasions of Holi, Shab-e-Baaraat, Navratri, etc., and after the advisory of the central government, Kovid guidelines have been issued in all the major states. Its effect will be seen on business activities.

Kat estimates that about 10 thousand crores of goods on Holi from China used to be sold in India in the form of Holi colors and toys. But the call for boycott of Chinese products on Diwali by the Confederation of All India Traders (CAT) was overwhelmingly supported. Indian traders started shopping for Indian goods in bulk of the goods sold on Holi. Preparations for the supply were also in full swing, but with the new restrictions, the businessmen in Delhi and all over the country have received a setback for the bumper sales on the festival.

Petrol-Diesel Price: For the first time this year, the prices of petrol-diesel fall, know – how much rupees cheaper

For the first time in a year, the price of petrol and diesel decreased, know how much reduction was made after the increase