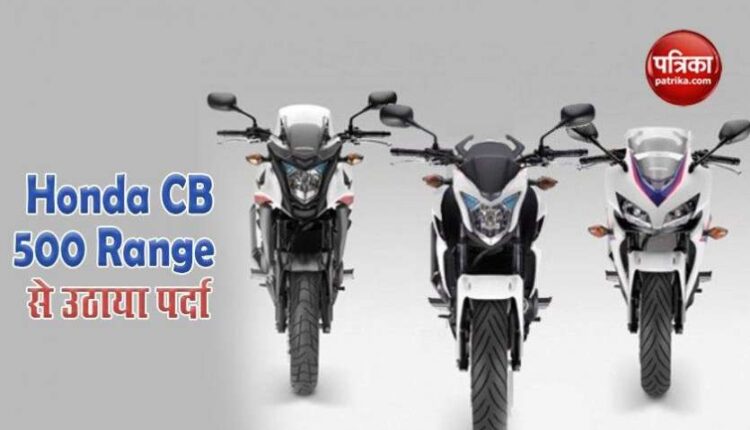 new Delhi. Ever since the country started the process of eliminating lockdown, the figures of auto mobile companies have started coming better. At the same time, in the beginning of 2021 are preparing to bring a new range. Now another name has been added to this list. Japanese company Honda has unveiled the new CB500 range coming in 2021. Three bikes of this range have been revealed. The first CBR500F is a naked motorcycle. The second bike is the CBR500X Adventure Tourer and the third bike is the CBR500R SuperSport.

Managed to get euro 5 certification
The company has not had to work very hard to update these three bikes to be launched in 2021. Its powerplant – 471cc parallel twin 47bhp motor has managed to get Euro 5 certification without any changes. Honda has played with paint plans to make these bikes a bit new for the new year.

Bike will come in these colors
The CB500F will come in two new colors – Candy Moon Glow Yellow and Candy Caribbean Blue Sea. At the same time, red and black color have also been kept in the option. On the other hand, the CBR500X bike will be available in red, black and white. But now it has received revised graphics. On the other hand, no update has been received regarding the color of CBR500R. According to experts, in the coming days more updates about the bike can be revealed.

CB500 range is suitable for India
Honda’s CB500 range is perfect for a market like India according to media reports. The design, power output and brand reach make it practical for the Indian market. Unfortunately, Honda is not focusing on bringing this range to India soon.

Increase in domestic business
Honda Motorcycle & Scooter India on Wednesday informed that its total sales in August 2020 decreased by two per cent to 4,43,969 units. The company sold a total of 4,52,551 cars in the same month last year. Whereas in August 2020, its domestic sales grew by one per cent to 4,28,231 units. The same period was 4,25,664 units. According to the company’s sales and marketing director Yadvinder Singh Guleria, 90 percent of our network returned to business in August and they are showing signs of improvement.