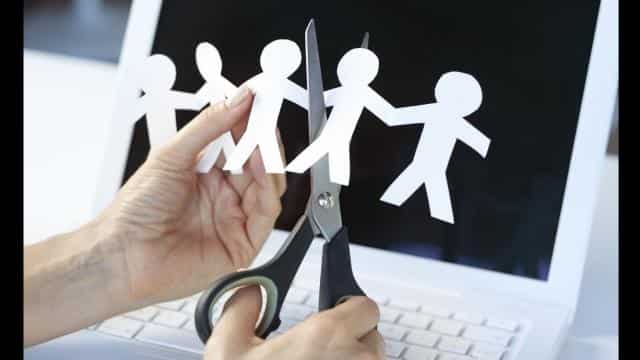 Homecredit India, a financial services company, has laid off 1,800 employees amid circumstances arising due to the corona virus epidemic. Apart from this, BookmayShow, the online service provider of cinema ticket booking, has also removed 270 people from the job or sent them on leave in anticipation of reduced revenue. “The corono virus epidemic has affected every aspect of our lives. It has affected every one of us, our families, our customers, partners and businesses. These circumstances have given us stability,” HomeCredit India said in a statement. And is forced to rethink the strategy for business continuity.

The company said, “Unfortunately, this is why we have to reduce the size of our team. After careful deliberation, we have taken the difficult decision to reduce 1,800 employees in India.” Bookmyshow separately stated that 270 employees have either been forced to leave or are sent on leave in the wake of the corona virus epidemic and the lockdown imposed for its prevention, which could have a major impact on revenue in the coming months. .

Company chief executive Ashish Hemrajani said in an email to employees, “… we are forced to reduce our costs in the coming months in anticipation of a significant reduction in revenue.” The move will impact about 270 people out of 1,450 employees of BookMyShow in India and globally. He said that they are either being removed from their jobs, or they are being sent on leave. It is notable that due to the epidemic, many companies, including Indiabulls Home Finance, HDB Financial Services, Uber, Ola and Swiggy have been laid off.

European airlines, EasyJet and American Airlines, which provide cheap aviation services, will lay off employees on a large scale. The global aviation industry is in deep crisis due to restrictions on travel between the Kovid-19 epidemic. Easyjet said on Thursday that it would lay off one-third of its 15,000 employees. The company is expected to start its limited services from June 15, but the company expects that it will take around three years to bring the demand to 2019 levels.

Company CEO Johan Lundgren said, “We will ensure that EasyJet not only faces the challenge, but also comes out strongly. Meanwhile, American Airlines said it would lay off 30 percent of its 17,000 management and support staff, or about 5,100 people. Elise Eberwein, the company’s executive vice president, said about 39,000 other employees chose to take vacations or early retirement with partial payments. The company has also opened the offering to administrative staff. Employees to be fired will be paid by 30 September.

Nusrat Bharucha will be seen in the horror film ‘Chori’, read details